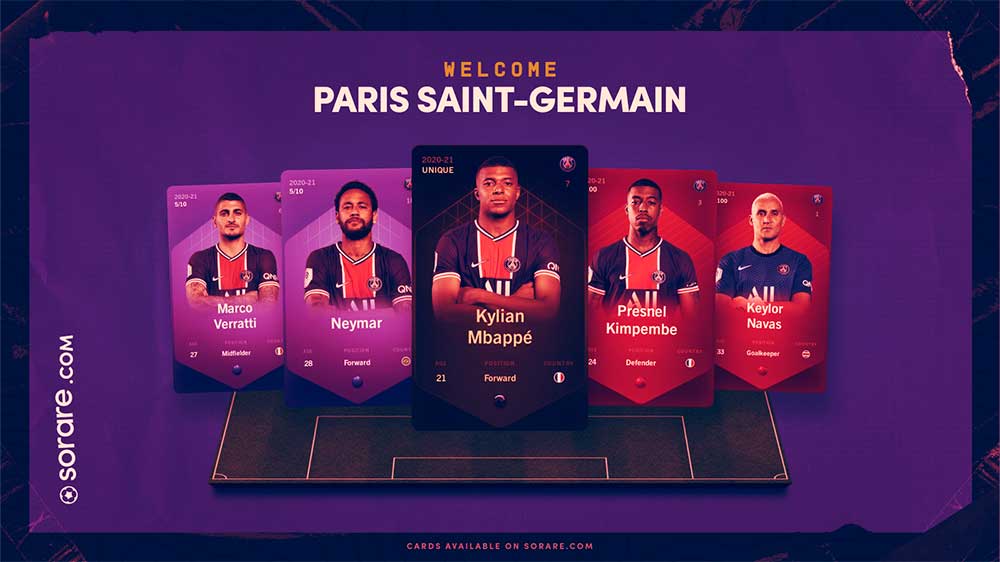 The PSG stars, such as Neymar and Kylian Mbappé, will be tokenised and will appear in the game as digital cards, which users can purchase, collect, trade or play against other participants in virtual tourments.

“Paris Saint-Germain is this year’s Champions League finalist with incredible players in the team such as Neymar and Mbappé. It’s an honor to have them join as the 100th licensed club,” Sorare CEO Nicolas Julia said.

Ethereum-based fantasy soccer game Sorare has been enjoying a rapid growth, leading to an announcement that it has officially launched the game in the United States, pointing to plans to begin marketing the game and expanding its presence in the country.

In February, Sorare was joined by Juventus F.C. The celebrity players, including Cristiano Ronaldo, have been tokenised on the blockchain as digital cards, whose value at the time reached over $2,000.