Now anyone can create their own blockchain-based items thanks to a revolutionary out-of-the-box minting platform called Mintshop. Launched today by Enjin, Mintshop is the world’s first made-to-order blockchain item creation service. 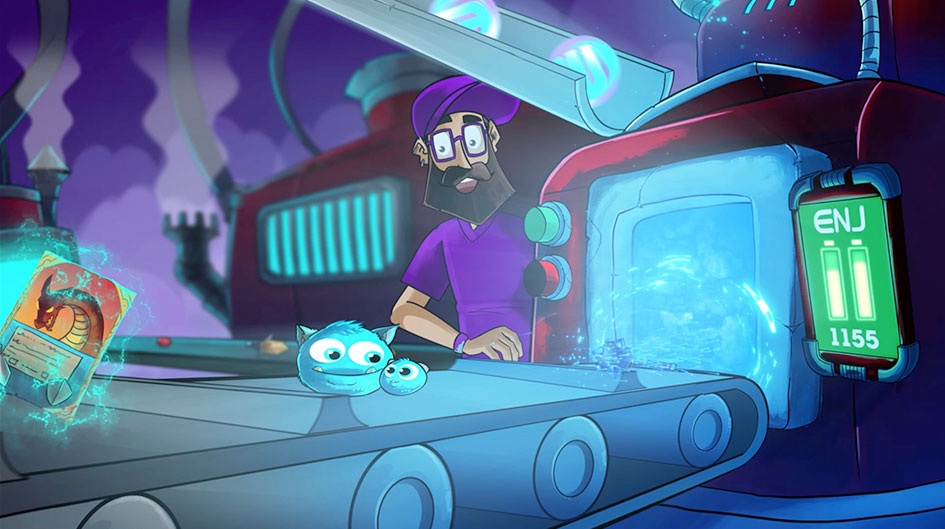 With Mintshop, Enjin will enable users to create fully customized ERC-1155 tokens that can represent almost anything that can be owned. Customer-centered businesses can also use this tool to create a wide range of branded promotional materials, such as souvenirs and vouchers, to reward positive activity and engagement.

Creating blockchain assets normally requires writing and deploying smart contracts to the blockchain. However, as an out-of-the-box solution, Mintshop allows users to create both fungible (identical) and non-fungible (unique) token items powered by a robust suite of smart contracts—all by simply submitting a name, description, image and placing an order. Mintshop customers can mint up to 10,000 custom-branded ERC-1155 tokens for as little as $0.03 per token within minutes.

All ERC-1155 items created via Mintshop will be backed by Enjin Coin (ENJ) to guarantee their base value and will be automatically supported by the Enjin Wallet, meaning users can retrieve the ENJ from within their items at any time by melting them via the Enjin Wallet. ENJ also acts as a certificate of authenticity for the items and curbs hyperinflation of the growing digital asset market.

Possible use cases include integrating ERC-1155 tokens into video games as items, transferring discount tokens to retail customers either face-to-face or through websites, or using the assets as rewards that can be given to audiences, customers and employees.

Witek Radomski, Co-founder & CTO of Enjin, said: “This is an effortless way for a business to start creating and using blockchain assets on Enjin’s cutting-edge ERC-1155 platform. We can’t wait to see the creative collectibles and use-cases that this technology will enable.”

Prior to launching Mintshop, Enjin released an update to the Enjin Wallet that provides full support for ERC-1155 items, including sending, receiving and melting features. The update enabled users to melt down ERC-1155 tokens—effectively destroying their token to retrieve the imbued Enjin Coin. This is the first time that users have had the power to control these smart contracts with an Android or iOS app.

Every ERC-1155 token will be instantly integrated into the Enjin Wallet and, after the release of Enjin’s Efinity network, holders of ERC-1155 tokens created using the Enjin development platform will be able to experience instant transactions at next-to-no cost. The ability to receive, send and melt ERC-1155 tokens into ENJ is seen as a major step in the advancement of digital assets to holding greater value and more tangible properties.

Changing the World of Crypto

Game developers can now use Enjin’s blockchain software development kit (Blockchain SDK) for Unity to implement Enjin’s modular suite of ERC-1155 smart contracts and create bound tokens, peer-to-peer transaction fees, whitelisted marketplaces, and consumable tokens. Upon release of the Blockchain SDK, it will be promoted on the front page of the Unity Asset store, enabling 4.5 million game developers to integrate ERC-1155 tokens into any game made with Unity, the world’s largest game development platform.

With the ERC-1155 infrastructure advancing quickly, the Efinity Network will soon enable ERC-1155 tokens to scale across millions of users, and Enjin’s selection of modular smart contracts is growing to include on-chain token loaning, secure on-chain escrow trading, token bundling, and much more.