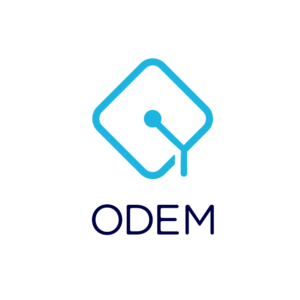 ODEM.IO is proud to announce the launch of its much-anticipated crowdsale to fund development of the blockchain-based ODEM platform. ODEM.IO has set a hard cap of €9 million (US$11.26 million) from the planned sale of 180 million ODEM Tokens for about €0.05 each. Tokens will be set in ETH 24 hours prior to the start of the crowdsale. The project has already raised €2.2 million, more than double ODEM.IO’s €1 million soft cap. The crowdsale runs through March 19.

“What I love about the crowdsale is that it will give power to the people to support and advise us in the ODEM platform’s development,” says Richard Maaghul, ODEM.IO’s Chief Executive Officer. “It’s you, the people, who are making this platform happen.”

ODEM.IO is leading development of a collaborative, interactive platform to empower students to engage with top academics around the world to create high-quality educational experiences at a reasonable cost. Unlike online education providers, the ODEM platform focuses on creating real-time, in-person educational courses and programs. ODEM.IO aspires to become the Airbnb of international education.

The platform, powered by the ODEM Token, streamlines the organization and delivery of academic courses. The token will ease cross-border payments and encourage top educators to align their course offerings with students’ changing needs.

“Our ultimate vision is to ensure that every student has equal access to higher-quality education,” says CEO Maaghul. “The ODEM platform will change education as we now know it.”

Benefits of acquiring the ODEM tokens during the crowdsale include:
• Immediate membership in the ODEM community.
• Discounted use of the ODEM platform and services.
• The power to sponsor educators and students to reduce their costs for participating in the ODEM ecosystem.

ODEM.IO, meanwhile, is continuing to process Know-Your-Customer registrations for the public crowdsale. All participants must show proof of identity and residency before being allowed to acquire tokens. The disclosures reflect international guidelines to ensure that all funds raised in the sale are legitimate.

KPMG Switzerland is ODEM.IO’s legal advisor while SICOS (Lux) S.C.S. has provided ODEM with advice and counsel on the crowdsale and its structure.