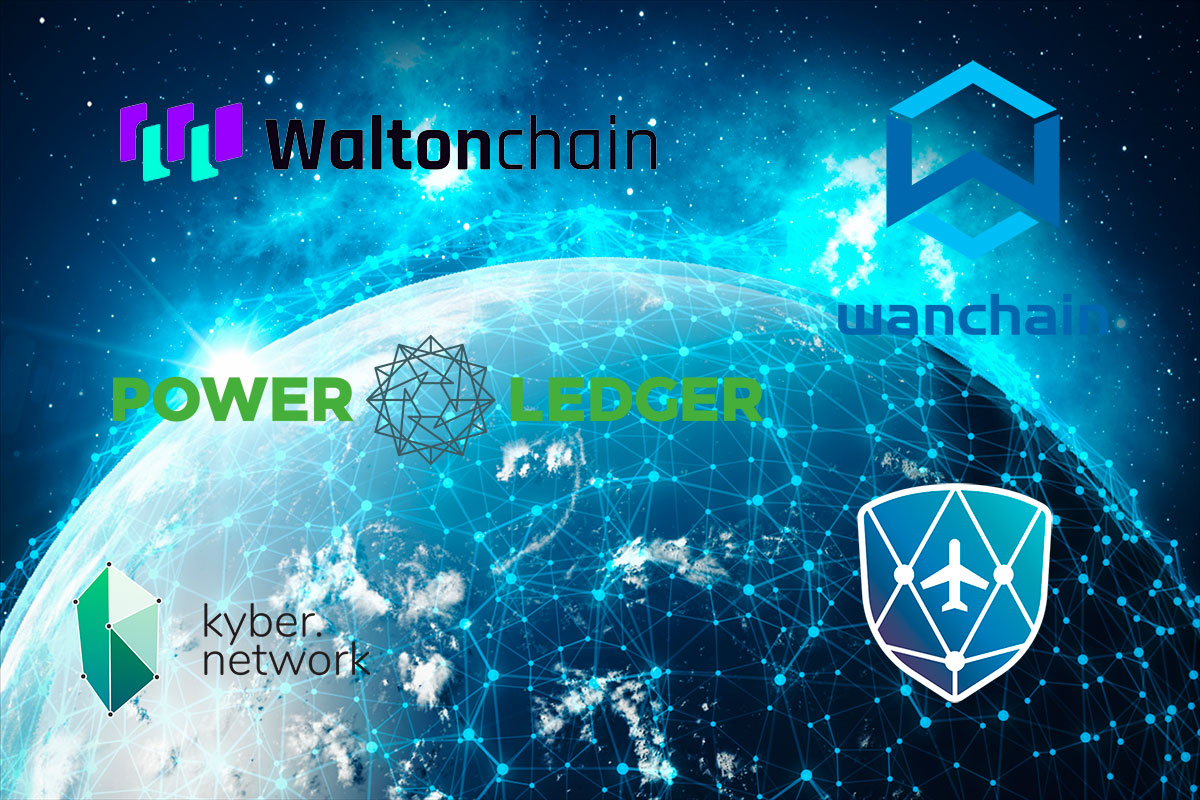 Wanchain, a platform which connects and exchanges value between different blockchain, partnered with Kyber Network. Kyber Network will build a decentralized exchange KWDEX on Wanchain protocol. The exchange will enable instant conversion of cryptocurrencies with guaranteed liquidity.

Aeron platform aims to provide a permanent secure recording of all information about flights in Ethereum blockchain.

P2P energy trading will enable households to access lower cost energy to reduce existing power bills. Also customers will be able to monetize their excess energy generation (from solar panels, for example)  by selling it to third parties during times of high-output and low consumption.

The first commercial deployment of Power Ledger’s platform in Melbourne will be performed in the Burwood suburb.

Waltonchain Mainnet was launched on March 31, 2018. According to the official announcement, the blockchain implements a scalable design, which enables creation of child chains and data transfer between them.

Information about the swap of ERC20 WTC tokens to the native WTC coins will be released once the security and stability of Waltonchain Mainnet is strictly evaluated by Waltonchain Foundation.