About $500 million worth of XEM was stolen from Coincheck. Robinhood will provide access to cryptocurrency trading. Katy Perry shares cryptocurrency nail art. 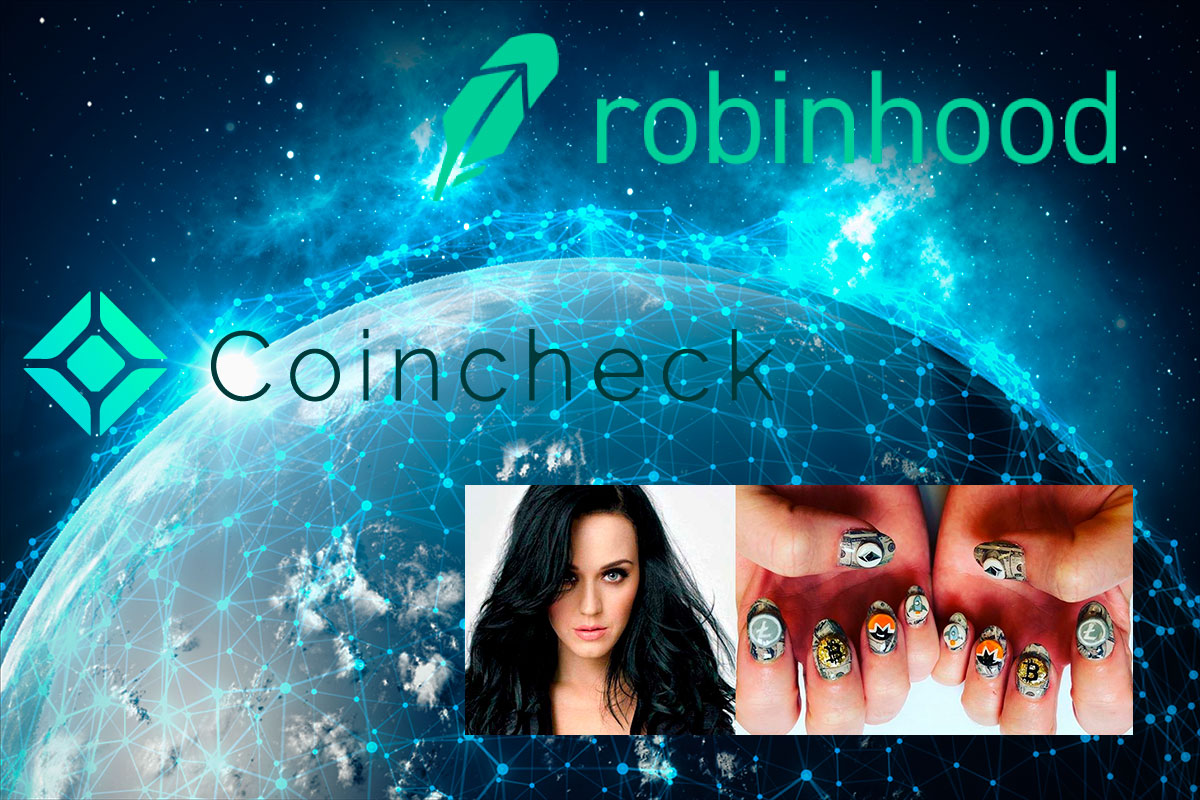 About $500 million worth of XEM was stolen from Coincheck

This week, 523 million XEM, the native cryptocurrency of NEM blockchain, was stolen from Coincheck, one of Japan’s biggest cryptocurrency exchanges. Coincheck said it affected 260,000 users.

Coincheck promised to compensate the loss. All affected users would be repaid in Japanese yen. Current price of XEM is approximately $1 per XEM.

According to the exchange’s representatives, the hackers managed to steal the private key for the hot wallet where NEM coins were stored.

“We know where the funds were sent,” said Yusuke Otsuka, COO and co-founder of Coincheck. “We are tracing them and if we’re able to continue tracking, it may be possible to recover them. But it is something we are investigating at the moment.”

Online brokerage services provider Robinhood announced its plans to launch commission-free cryptocurrency trading service. Starting February 2018, it will allow its users to trade, buy, and sell bitcoin and ether through its mobile app. Robinhood’s cryptocurrencies will be stored offline to thwart hackers from stealing them.

According to Reuters, initially, Robinhood’s new service will only be available in California, Massachusetts, Missouri, Montana and New Hampshire, where it has secured a money service business license.

“We’re planning to operate this business on a break-even basis and we don’t plan to profit from it for the foreseeable future,” said Robinhood co-founder Vlad Tenev. “The value of Robinhood Crypto is in growing our customer base and better serving our existing customers.”

Famous singer and the most followed Twitter celebrity Katy Perry posted an image of her crypto-inspired nails on Instagram, showcasing bitcoin, along with ethereum, litecoin, monero and stellar.

This is not the first time Katy Perry has shown interest in cryptocurrencies. Back in November 2017 she posted a photo of herself having a chat with legendary investor Warren Buffett. “I was just asking Warren Buffett his thoughts on cryptocurrency,” she wrote.