Justin Sun, a 28-year-old Chinese entrepreneur and founder of Tron blockchain platform, has been revealed as winner of the  charity auction to have a private lunch with the billionaire investor, Warren Buffett. 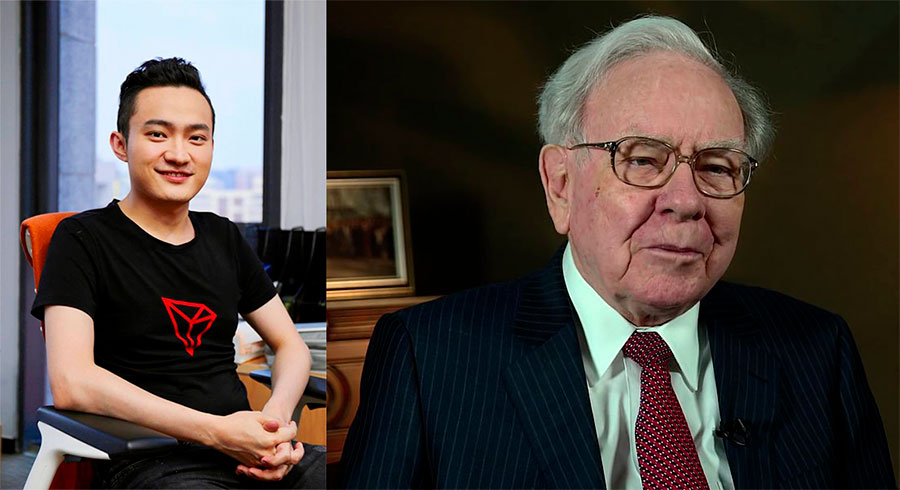 As part of the auction, the winning bidder can bring up to seven friends for the lunch with Buffett at Smith & Wollensky steakhouse in New York City.

The Chinese entrepreneur said he hopes to educate Buffet on cryptocurrency and blockchain technology. Buffett said he’s looking forward to meeting Sun and his friends.

Buffett and his longtime business partner Charles Munger criticized cryptocurrencies in the past. The 95-year-old Munger called Bitcoin a “noxious poison.” Buffett, who says there’s no value being produced from the asset, at least gave a nod to blockchain technology as “important” in an interview with CNBC earlier this year.

“I look at the upcoming lunch with Buffett as an opportunity to seek mutual understanding and growth. To aid in the conversation and support the overall cryptocurrency and blockchain community, I will invite several industry leaders — with your input — to accompany me to New York City for the lunch,” Sun wrote in an open letter to the crypto community. “I want to point out, though, that even one of the most successful investors of all times can sometimes miss a coming wave. Buffett has admitted he overpaid for big investment food giant Kraft Heinz Co., while failing to realize the potential of the likes of Amazon.com Inc.; Alphabet, the parent of Google; and even Apple.”

Sun placed a record-breaking bid of $4,567,888 to win the auction, the proceeds of which will go to the San Francisco-based non-profit GLIDE Foundation. Berkshire Hathaway CEO Warren Buffett has held the auction for 20 years to support the foundation’s efforts to help the homeless and victims of domestic violence.

The capitalization of Tron cryptocurrency (TRX) is valued at $2.5 billion and it’s the 10th largest cryptocurrency in the world, according to CoinMarketCap.com.