“Imagine a world where paying for your morning coffee tells the coffee shop, its barista, and its customers how much you have in your bank account, how much you get paid, and where else you have been spending your money. If you use most cryptocurrencies today, this is exactly the situation you are likely to end up in.”  –  Railgun Whitepaper, July 2021.

DeFi has a problem

Public ledger blockchains present problems for nearly every community in the space. Top ‘whale’ wallets with large balances are relentlessly targeted by hackers, would-be thieves, and copycat traders. Non-fungible token (NFT) collectors instantly reveal their new favorite artists and wallet information publicly upon adding to their collection. Exchanges broadcast their intention to list new coins or move funds. Yield farmers identify their most profitable pools and farming strategies. Successful, influential traders signal their positions in small altcoins and lose their alpha to copy-trading and crowded trades. Everyone is subject to seeing their worst trades and embarrassing rug pulls on a public, immutable blockchain — for eternity. The lack of privacy in the cryptocurrency space is a problem articulated by crypto-natives, traditional fund managers, and privacy-advocates alike.

Railgun offers an innovative solution through a smart contract on Ethereum’s Layer 1. All transaction activity happens on chain while taking full advantage of both Ethereum’s security and liquidity, and transaction mixing – obscuring all private transaction details. Railgun’s tool offers privacy by default, bolstering security without introducing vulnerabilities, and allows access to DeFi without forcing users into a walled ecosystem. Railgun offers to pay staking rewards in wBTC, ETH, and stablecoins in addition to the native $RAIL governance token – a unique feature in contrast to most staking rewards. 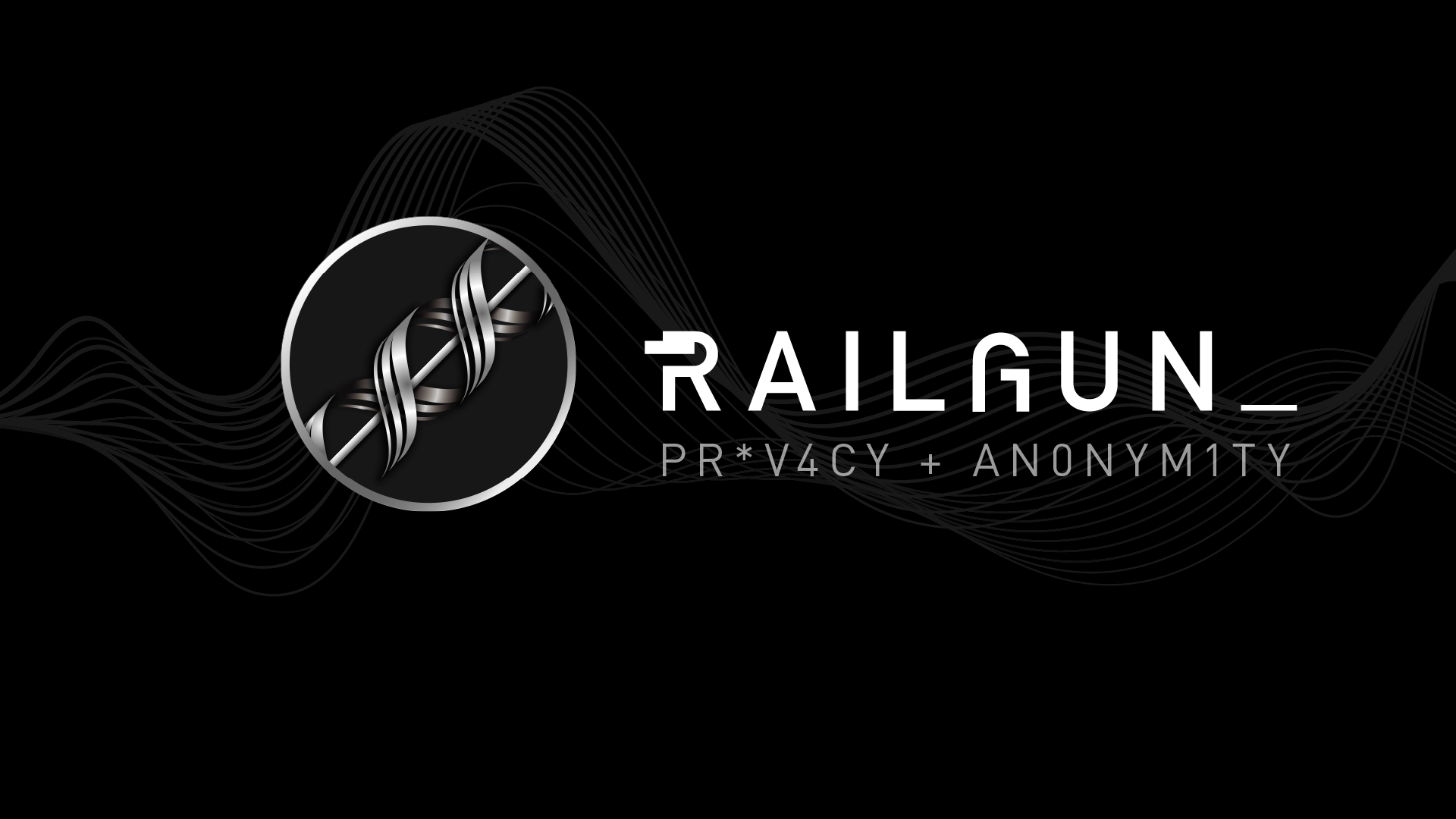 How does it work?

TLDR; the RAILGUN team joined Coach K with an overview of the project in November.

One governance token is equal to a single vote (when staked in the voting contract), and over 1,000 stakers decide the future of the protocol including: new token pools, protocol updates, fee structure, and the use of treasury funds. Despite its youth (the project is less than six months old) the Railgun DAO is active, driving previous deployments on both Binance Smart Chain and Polygon, with an upcoming launch on Solana. Each chain deployment (BSC, Polygon, Solana) has an independent governance token, voting pool, tokenomics, and market cap.

For $RAIL stakers on Ethereum, Railgun is airdropping $RAILSOL governance tokens for users to drive the future of Railgun on Solana. Only $RAIL stakers on ETH will be eligible for upcoming $RAILSOL airdrop. To participate, Railgun users simply must stake their Railgun on ETH at the time of the snapshot(s) to receive governance tokens and earn votes to drive and shape the future of the contract Snapshots will be taken on November 30th and January 15th. For every $RAIL staked, users earn 1 $RAILSOL governance token at a 1:1 ratio. However, users who stake continuously during both snapshot periods will receive two $RAILSOL DAO tokens – for each one staked $RAIL, at a 1:2 ratio.

There are a number of tools enabling users to enhance their privacy on Ethereum (and others), however a solution that maximizes security without sacrificing utility had yet to emerge, until Railgun launched on Ethereum in July 2021. This DAO token launch was unique in that wallet holders who had made contributions to privacy organizations were airdropped the $RAIL tokens; no private sale was offered.

Railgun takes advantage of a few well-trusted protocols and privacy conventions to create a system that differentiates itself, allowing users the ability to:

The Railgun solution to privacy offers a number of unique advantages

Uses DeFi liquidity  for enhanced privacy — Users can interact with all DeFi protocols from within the contract, enabling all borrowing, lending, swapping, transferring, and staking with added privacy. Most current solutions require moving assets into a mixing contract, or onto a Layer 2 contract specifically for enhancing privacy – increasing friction and reducing direct access to liquidity.

By enabling users to use DeFi privately without limits and store balances privately, the contract acts as a ‘privacy umbrella’ protecting users as they transact as they normally would. By designing the contract to interact with DeFi on-chain as users transact, Railgun reduces the barriers to use the contract and situates itself close proximity to the enormous liquidity of DeFi, a clear advantage, as most solutions are heavily reliant on liquidity for both anonymity and trading functionality. With the ability to build private balances of any ERC-20 token (in native form) within the contract, users are incentivized holding assets within the contract – limiting the transactions (and gas fees) required to enhance user privacy and increasing the anonymity set for all users.

The Railgun contract itself is a transaction mixer — Railgun surpasses competing mixers by integrating transaction mixing with all activities by all users of the smart contract. Private balances of native ERC-20 tokens (without swapping out of original form), all DeFi contract interactions of all users, and swapping between users all significantly increase the anonymity set of each user. A nuanced difference, but one that gives Railgun an edge in its anonymity set – setting the project apart from competing non-custodial mixers. In this way, the Railgun contract creates a positive feedback loop, increasing the anonymity set and total value of assets stored in the protocol (TVL) – in tandem.

Interoperability with multiple chains and other privacy tools — Separating itself from private blockchains, walled gardens and zero-sum competition for users, one of Railgun’s strengths is its composability with existing tools. Railgun seamlessly integrates with mixers like Tornado Cash and privacy wallets like Blank Wallet to further enhance user privacy, acting as a vital component in driving an end-to-end privacy solution on public blockchains. Railgun is also committed to deploying on multiple chains in addition to Ethereum, with the contract live on Binance Smart Chain, Polygon, and the upcoming deployment on Solana.

“It is a well-recognized human right, and even those who deny it to others expect it for themselves. Privacy and anonymity should be the default, not the exception.” –  Railgun Whitepaper.

Proprietary software, walled gardens, and privacy infringement are so ubiquitous in the Web2 world, users have grown to expect abuses. The Railgun product is built to restore privacy as the default state in Web3 – empowering users to choose who sees what and when. The execution through Railgun DAO’s decentralized collective of developers and privacy advocates is also unique for projects of Railgun’s potential impact.

With Railgun’s deployment on Solana, the community opens up to the fourth largest blockchain with the second largest active developer pool. The upcoming $RAILSOL airdrop is a rare opportunity, not only in driving the future of the protocol forward, but through allowing stakers to earn two $RAILSOL for every $RAIL staked in the Ethereum contract. Start staking $RAIL today, as only airdrop participants staked continuously from November 30 through January 15 will receive $RAILSOL at the 2:1 ratio. All other participants will be airdropped one $RAILSOL per one $RAIL staked.

Preserving privacy in crypto has always come with tradeoffs. The transparency of public blockchains enforce trustless honesty, but also the honest broadcasting of private details. Protecting one’s anonymity removes the ability to engage with DeFi at all. Railgun uncovered a solution that replaces the tradeoffs with an elegant solution maximizing optionality, security, and a superior anonymity set for the individual – restoring privacy as an inalienable, fundamental right in the crypto industry.