2017 is sometimes referred to as the year of the ICO. This despite a recent report from Crypto Valley and PWC that found ICO issuance in 2018 exceeds that of 2017. A similar trend is taking place with regards totraditional venture-style investment in blockchain companies.

The number of crypto funds, including hedge funds and venture capital, continues to increase at a record rate. 2018 is on pace to see the launch of nearly 150 new crypto funds. In addition, traditional venture capital firms, with a fintech and technology focus, are adding cryptocurrency and blockchain startups to their portfolios. As an example, multi-billion dollar VC Andreessen Horowitz recently announced a new $300 million crypto-focused fund.

The venture capital industry that has evolved around blockchain is changing quickly, but there are a number of firms that stand out from the pack. Some are traditional VCs like Andreessen Horowitz and Sequoia Capital. Others are digital asset funds exclusively focused on investing in blockchain and cryptocurrency startups like Digital Currency Group and Pantera Capital.

Below is a list of the top 20 venture capital firms investing in blockchain companies, according to a recent report from Crypto Fund Research.

There are several interesting findings in the study:

– 18 of these 50 VCs (36%) invest exclusively in crypto/blockchain companies or have at least one fund devoted exclusively to digital assets. 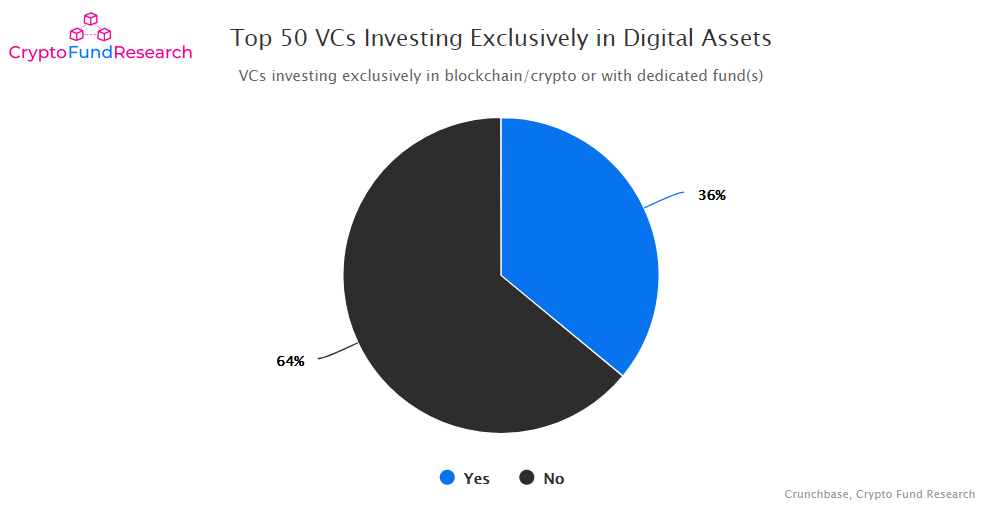 – The top 50 VCs are continuing to increase their investment in blockchain companies. To date in 2018, they have invested more than they did in the previous two years combined. 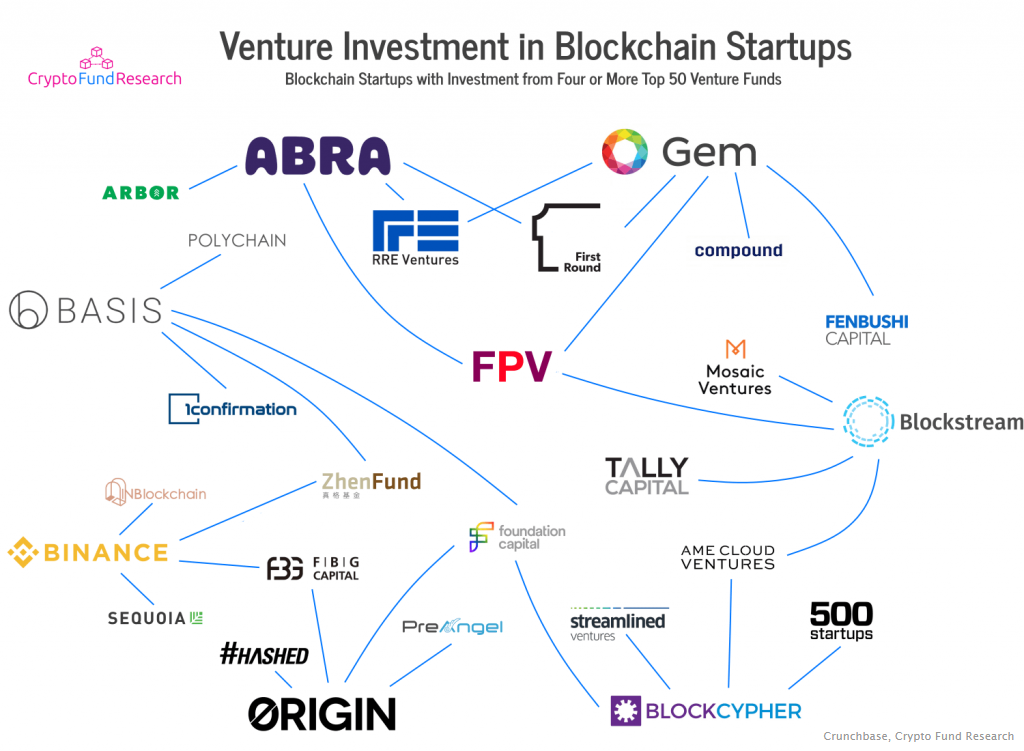 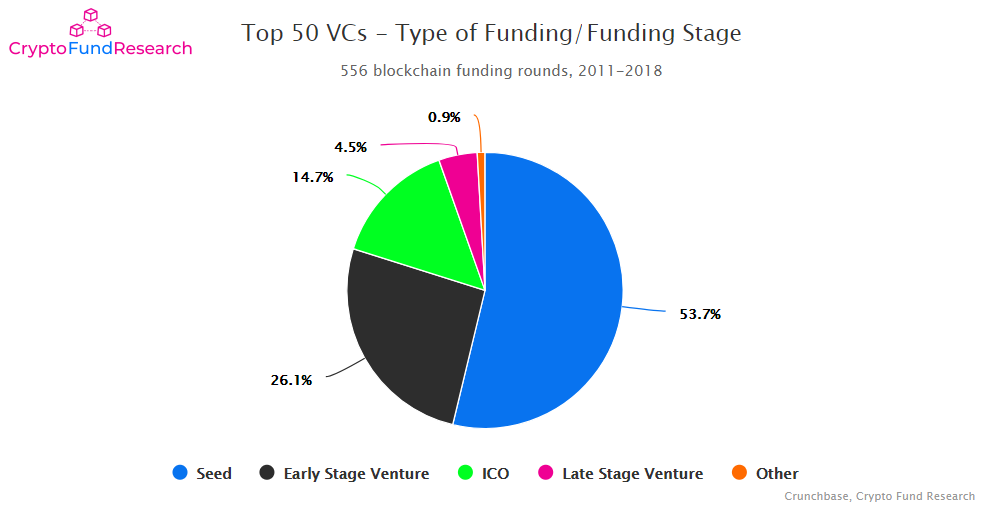