Vancouver, British Columbia, Nov. 15, 2022 (GLOBE NEWSWIRE) -- The Doge community is at it again. Known for sending the Jamaican bobsled team to the Olympics, putting the face of the Doge on a NASCAR, co-creating the world’s second most recognized cryptocurrency, purchasing the world’s third most expensive photograph, and now, creating the Most Wow dog statue on planet earth.

On November 2nd, 2022, fans of Kabosu, the Japanese Shiba Inu dog who inspired the Doge meme and Dogecoin, launched a month-long crowdfunding campaign to create a bronze statue for her 17th birthday. In under 12 hours, the Doge community had already raised $32,000 and within 72 hours, reached their initial goal of $42,069!

However, with the massive market crash that followed the FTX crypto exchange implosion, the value of the cryptocurrencies raised sank far below the crowdfunding goal.

Undeterred, the fundraising continued and the ever-optimistic Doge community are closing in on their goal yet again. Once reached, fundraising will continue, aiming to make the monument as large and Wow as possible and, Doge willing, place a sister statue on the moon!

The Dogecoin Foundation, Own The Doge and Atsuko Sato (Kabosu’s mama) are spearheading this unique initiative. The campaign was launched on November 2nd (Kabosu’s 17th Birthday) and will run through December 6th (Dogecoin’s ninth Birthday). The statue is to be placed in Sakura Furusato Square, a picturesque park where Atsuko often takes Kabosu on walks and which also features an ornamental dutch windmill. 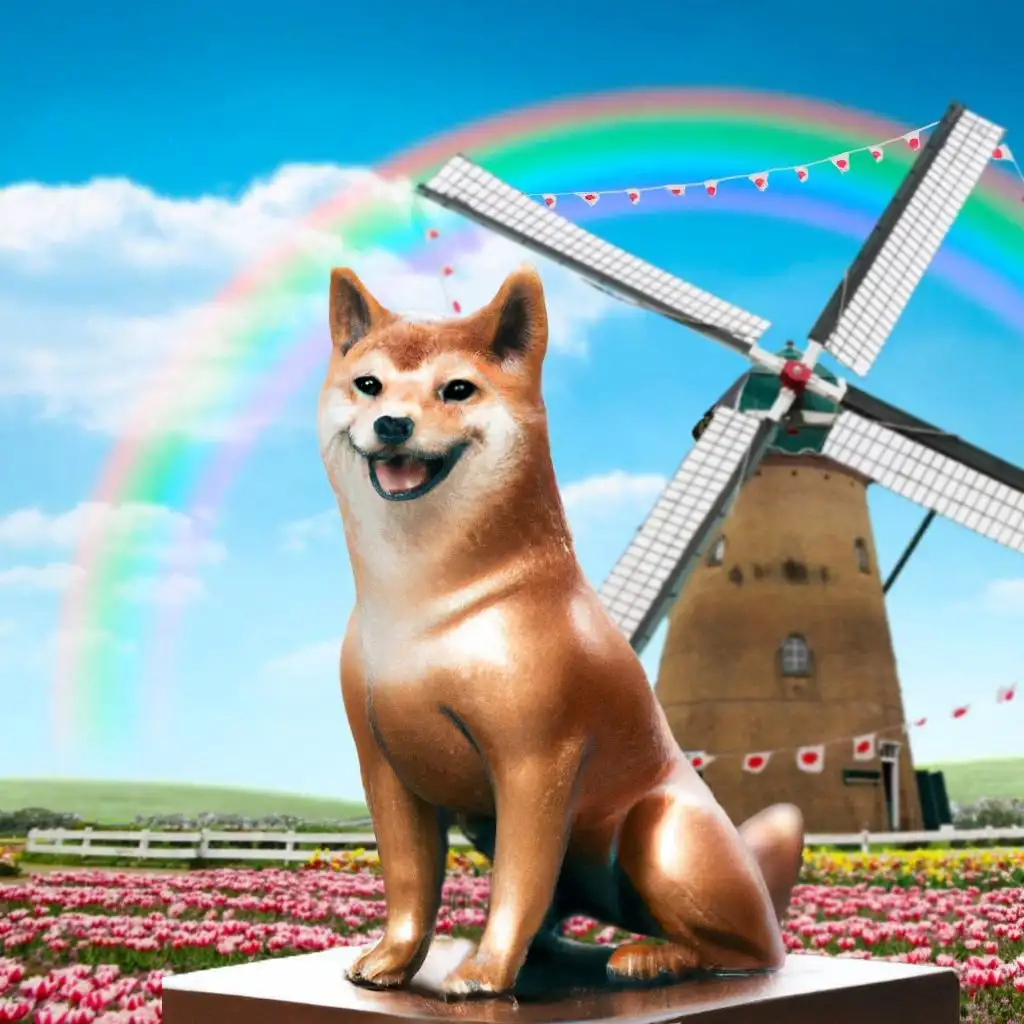 Tridog from the Own The Doge project opined: “This is surely one of the most important and impactful things the Doge community has ever created. The statue will provide an IRL location for those inspired by the Doge to pilgrimage and gather, forever solidifying the incredibly positive impact one woman, one dog, one photo, one meme, can have on the world.”

Gary Lachance, board member of the Dogecoin Foundation remarked: ”It’s quite a thrill to see this long-held dream of the Doge community finally being realized. Kabosu has inspired so much laughter and goodwill. It is a great honor to serve her and help to enshrine the legacy of the most beloved and impactful meme in all human history!”

The Bronze The Doge fundraising campaign aims to finally provide a physical location, a “Doge Mecca”, where all who hold Kabosu deep in their hearts voyage to pay tribute to The Doge for generations to come.

Those wishing to donate or follow the campaign’s progress are encouraged to visit BronzeTheDoge.xyz, where they can support the project via Dogecoin cryptocurrency and Ethereum-based tokens. The site also leads to a wealth of information on Dogecoin history and the broader community, which for the past nine years has rallied around this Open-Source project and helped it achieve its current valuation of over 11 billion dollars. At this point, Dogecoin and the Doge meme are surely the largest “collective joke” in all human history and the laughter has only just begun!

All funds raised will be held by the project’s organizers on highly secure and transparent cryptocurrency wallets until statue construction begins. It is hoped that all organizations, communities and individuals who are inspired by the Doge will help meme this dream into reality. Donations are not required, simply sharing the project is broadly encouraged as well.

The Bronze The Doge campaign’s goal is for the worldwide Doge community to unite in creating a monumental symbol of hope and happiness that, much like the Doge meme itself, endures the test of time. Those wishing to keep abreast of campaign activities and announcements can follow @BronzeTheDoge and #BronzeTheDoge on Twitter. To track the fundraiser campaign’s donation feed and leaderboard, visit: BronzeTheDoge.xyz.

About The Dogecoin Foundation
The Dogecoin Foundation organization was established to provide: support for the cryptocurrency through development and advocacy, trademark defense to prevent abuse and fraud and a community framework to help the project maintain its positive and playful values.

About Own The Doge
Own The Doge (AKA The Doge NFT Collective) is the most iconic photo and meme in the world, created by the Doge’s human, Atsuko Sato, and collectively owned by the Doge community. By holding $DOG, co-owners are a part of a global movement helping to make Doge the most culturally significant movement of our lifetimes.

About The Doge
The iconic Doge photo is believed by many to be the modern Mona Lisa. It is the most famous meme in the world and the third most expensive photo ever sold… for now :)

About Atsuko Sato
Kabosu (aka The Doge) belongs to 51-year-old Atsuko Sato, a kindergarten teacher in Japan who adopted her Shiba pup from an animal shelter in 2008.