W3:Ride, the mobile iOS and Android app that celebrates cycling, is launching a new reward program for its users. This new web3 powered reward program converts every pedal on a bike into points, redeemable each week for exclusive clothing, cycling gear and digital gift cards.

Creative director and Co-Founder Thomas Pomarelle explains that W3:Ride's goals have always been to build an app that rewards users to get outside and explore the physical world, instead of being glued to a screen. "Cycling is a great way to explore your town, get fit and have fun with your friends, family, and community," Thomas adds.

The W3:Ride marketplace will include a rotating selection of products from its exclusive brand partnerships. Launching the marketplace, the app offers its users gift cards ranging from $5−10, redeemable in stores such as Starbucks, Amazon, Nike, Adidas, REI and more.

"The ability to convert your cycling efforts into physical products is a completely new experience for every rider out there," former pro cyclist and Co-Founder Thomas Wagner adds.

This new type of marketplace is made possible by utilizing new mobile first approaches to web3 technology. The app's development studio, Nexus Cognitive was brought in to create a web3 app that everyone could use. Andy Nardo, CTO of Nexus Cognitive explains that his team's goal has always been to make blockchain technology frictionless to the everyday user. W3:Rides digital marketplace will allow any user to begin collecting their first digital assets and collectibles with a simple press of a button.

BYOB: Bring your own Bike

Doing away with monthly fitness subscriptions, W3:Ride only requires the use of a rider's virtual bike. Upon account creation, each user receives a free virtual bike to begin collecting points for spending time on a real-world bicycle. And that's part of the brands philosophy: allow everyone free access to a new experience of cycling with a reward system and marketplace powered by a cycling economy.

The app is available to download in the Apple App Store or via Google Play.

In late 2021, W3:Ride was formed to unite the cycling community through digital engagement. Supported by an easy-to-use social platform, W3:Ride is focused on unifying the global cycling community, no matter how someone bikes.  W3:Ride has successfully released a genesis collection of 8,088 unique 3D-modelled NFT bikes and riders to use in the upcoming app.  Cyclists of all skill levels are invited to earn cryptocurrency or tokens for their rides and build their own custom NFT bikes, unlocking additional rewards.  These points are attained through our novel Proof-of-Ride (PoR) formulas, rewarding users with physical and digital items in our in-app marketplace.


Thousands of unique virtual bikes to unlock and earn rewards with. 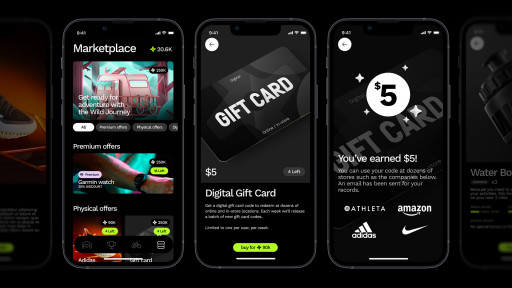 
Buy exclusive items in app with your cycling points.