LONDON, UK, Aug. 26, 2022 (GLOBE NEWSWIRE) -- The candy-themed Play-to-Earn gaming metaverse and blockchain startup Sugarverse (token: $CNDY) has entered into a joint venture with XS Software, an established European cross-platform and mobile game developer who launched its first browser-based game as early as in 2005, to dominate Play-to-Earn and solve the industry sustainability challenges. 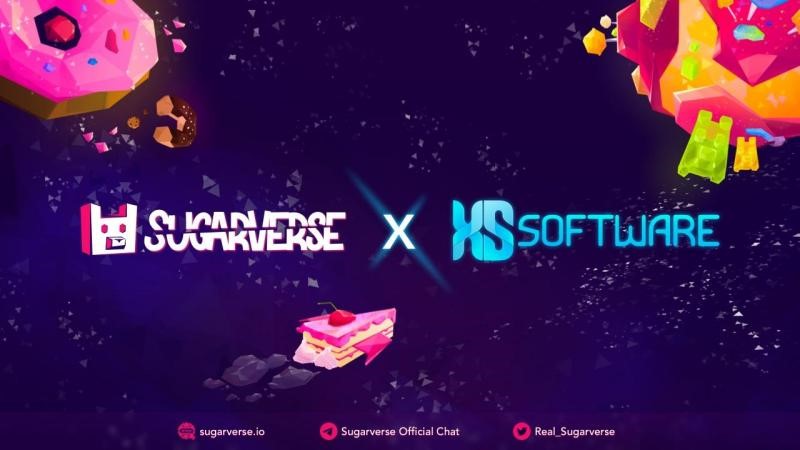 The management team of Sugarverse, who have been serial investors in the blockchain sphere, have spotted a flaw in all major Play-to-Earn projects in the market. Generally, during their life cycle, all projects come through the stages of attracting a lot of new players at launch when they are trending, accumulation of a significant chunk of in-game rewards by these players as they gradually become old players, slowing down of the new-player inflow, and finally a crash when the old players decide to cash out and the new players cannot sustain this outflow.

This happens because the game mechanics is incomplete, the games are not sticky enough and lack high-quality experienced developers. To solve the first issue, Sugarverse has developed a circular economy with the cryptocurrency token CNDY and the in-game point gCNDY, Spin to Win reward multiplication, and a system where not everybody is a winner. Thanks to these, Sugarverse offers players a stable and predictable return and is able to top up the community treasury.

To address the latter two issues, Sugarverse has joined hands with the reputable game developer XS Software. Top managers of both companies have managed sticky products with hundreds of thousands of users. On top of that, XS Software is known for development of hit games with millions of users. Their vast game development experience and technical resources will be harnessed to develop the candy universe of 7 worlds and 7 mobile games.

The Sugarverse CEO Nikolay Mitev stated: "We at Sugarverse are extremely proud to have the cross-platform and mobile gaming masters XS Software in a joint venture with us to work towards a high-quality sweet metaverse world for our players."

The XS Software Founder Hristo Tenchev expressed: "During our 17 years in the gaming market, XS Software has tasted all gaming had to offer, including 3D, VR, and even blockchain. We are now putting all of this experience into Sugarverse to bring you the best and sweetest Play-to-Earn titles. We are planning to launch the alpha version of the first Sugarverse game by the end of 2022."

Sugarverse is a European blockchain gaming startup established in early 2022. It builds unique thematic worlds with monetizable integrated experience and fixes the broken Play-to-Earn model that relies on a constant inflow of new players with a thought-through sustainable approach. It aims to partner with real-world companies in the confectionary and FMCG industries to open the web3 possibilities to them.

XS Software is one of the first developers of browser games, a cross-platform and mobile game developer and publisher. After their browser games succeeded, they were ported to other platforms. By 2021, its two most popular games, KhanWars and Lady Popular, reached a scale of 60+ million players and are available on almost any device in more than a dozen of languages.