On 25 May, for the first time Finland hosted the event from the Blockchain & Bitcoin Conference series. It brought together specialists in cryptocurrency trading, investment, blockchain development, finance and technology integration into business. The event was also attended by the politician Annina Ruottu. The aim of the meeting was to discuss the current challenges of the industry and productive networking. 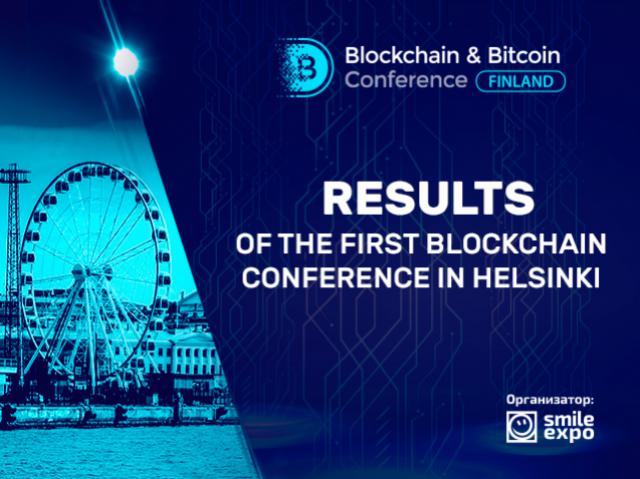 Finland is one of the European countries open for cryptocurrencies and blockchain projects. At the end of May, it was listed among Top 10 blockchain-friendly countries according to the rating of the Swiss financial experts. Since 2014, bitcoin in Finland has been recognized as a financial service, exempt from VAT.

Mining in the country is practically undeveloped due to the high price of electricity. But Finland has a strong community of blockchain developers and enthusiasts, which holds its own events (meet-ups). And at the end of March, the country’s central bank together with the Ministry of Finance held a blockchain seminar involving the experts from Nets, Microsoft, Fortum, VTT Technical and other technology companies.

Blockchain & Bitcoin Conference Finland in Helsinki was another event that brought together blockchain devotees and business representatives.

The event was attended by 16 speakers from 10 countries, including Switzerland, the United Kingdom and the United States. Finland was represented by six experts.

One of the key reports was made by Guenther Dobrauz-Saldapenna, Partner & Leader at PwC Legal Switzerland, on the topic ‘The Dynamics of Innovation and Regulation’. He covered legal aspects of the blockchain development. The attention of the audience was also focused on the report ‘Making blockchain real for business’ by Christian Lassen, the IBM representative. He told which blockchain decisions are available for the business and in what areas they can be applied. He also dwelt in detail on the developments in the field of blockchain, led by IBM.

Several speakers dedicated their reports to the global significance of blockchain and the possible consequences of its development. Dinis Guarda (CEO and founder of the lifesdna medical startup) made a presentation on ‘Blockchain, AI and Crypto Economics – The Next Tsunami’. The expert explained why people today are afraid of blockchain: “This technology will vanish many regular jobs”. He also added that the processes of digitalization and decentralization are inevitable: “Blockchain is a tsunami. You are either surfing at the top of the wave, or you’ll be underwater and sink to the bottom!” And Gabriel Dusil, blogger, founder of the blockchain incubator Adele Ecosystem, covered the issue of the future economy in his report ‘Will Pandemic Protocols Establish a Utopian Economy?’ He said that humanity has created limits for itself for centuries, and now blockchain can expand the horizons to give people true globalization. “Blockchain was created in order to have a service that destroys borders and cannot be turned off”, he said.

ICO challenges, acute for many jurisdictions today, were discussed by Stefano Virgilli (CEO at VOX.sg). He called his report ‘Welcome to the marvellous world of ICO-llywood’.

The event also included a lively panel discussion on the cryptocurrency regulation. Should bitcoin be self-regulated, or interference of the authorities is better to protect cryptocurrency users? The participants gave arguments in defense of each point of view and fight their corner.

Blockchain & Bitcoin Conference Finland also had an exhibition area where blockchain companies from Finland and other European countries demonstrated their stands. All exhibitors also participated in the pitch session, presenting their projects to potential partners and investors.

OriginalMy is a developer of solutions for digital identification and electronic signature on blockchain. The company is well known in Brazil, where it now operates and is one of the key blockchain projects.

Art For Crypto is a blockchain platform, initiated by a modern visual artist Vesa Kivinen. The resource is designed to unite creative people for joint projects.

Calero is a corporate payment system which use blockchain and artificial intelligence.

Miracle Tele is a telecommunications company that allows its customers to use high-quality mobile services (calls, the Internet) around the world at an attractive price with a single SIM card.

Inno3d is a supplier of advanced mining solutions. Modern miners and everything you need to build a farm.

eLocations is a service for the selection of commercial real estate.

The sponsors of the event were international blockchain companies.

CoinTraffic (Badge Sponsor) is an effective advertising network for the blockchain community. It offers a full cycle of digital advertising, from the design of banners to the development of advertising campaigns. CoinTraffic has an affiliate network of over 500 relevant websites (including Coinmarketcap.com, Worldcoinindex.com, CCN.com and others) and guarantees over 15 million targeted impressions of your ad every day.

Bethereum (Gold Sponsor) is a platform for sports betting where players use Bether tokens instead of regular money to make bets. The goal of the project authors is to promote this token as a standard betting tool so that players can use it on other platforms as well.

The first conference in Helsinki was successful: the organizer, Smile-Expo, gathered an audience of about 150 people and received positive feedbacks about the event.

We thank all the participants and speakers. See you next time!

Upcoming events from the series: