Along with social and commercial projects, we consider the possibility of blockchain implementation in terms of state and municipal management. In this case, there is a huge field of activity where blockchain will solve long-standing problems of bureaucracy, ineffective management of funds and inadequate decision-making speed in state structures. Let’s consider some of them. 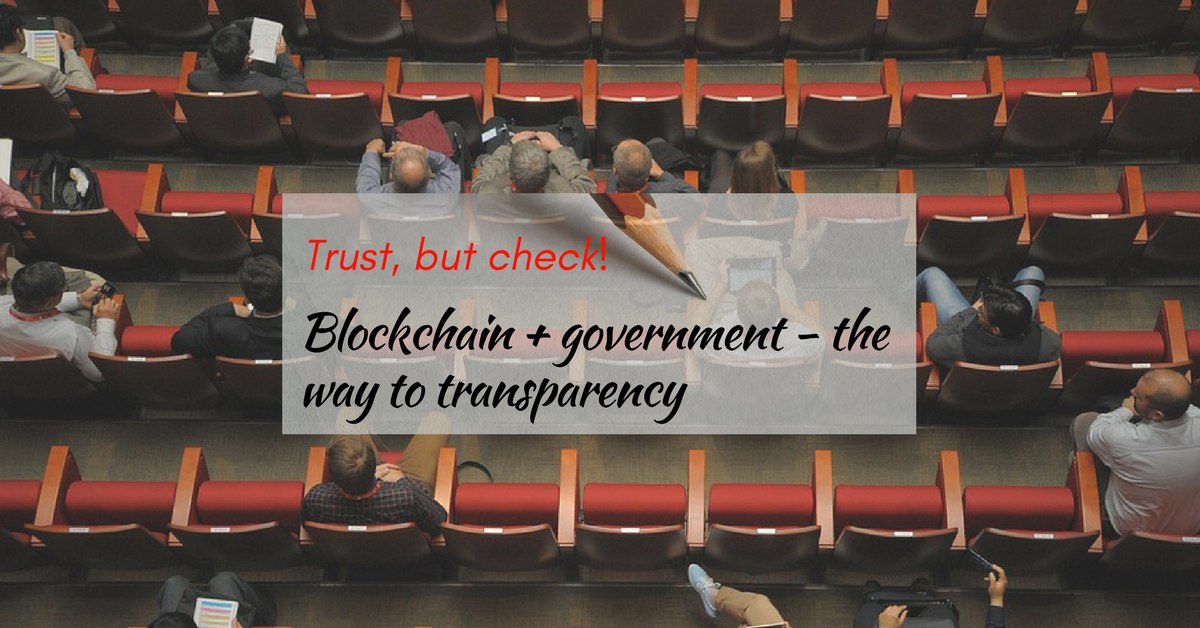 1. Implementation of investment projects with the participation of the state. Blockchain will effectively control financing and introduce a system of independent public evaluation. At the same time, distortion of information and money laundering is excluded due to effectiveness of the proposed technology.

2. Property registration system development. Branched registration of deeds, systems, cars and various types of property can be replaced with the blockchain systems, which will reduce staff costs and optimize the weight of the process of property rights regulation and accounting.

3. Development of the election system. In this case, blockchain will allow excluding such factors as the canopy while vote counting. The inability to rewrite data and the speed of operations will radically change the election process, taking a step towards real e-democracy.

These factors are confirmed by the selection of the largest international organizations.

In May of 2017, the UN delivered another batch of aid to Syrian refugees who live in the camp of Azraq in the territory of Jordan. But instead of goods in white-and-blue trucks, people received electronic vouchers generated on the basis of the Ethereum network, which in turn is based on blockchain.

The UN believes that the newest technologies will help to overcome corruption in charitable funds and will provide real help to those who need it.

The UN describes blockchain as a distributed system constantly updated and verified by its users. Each piece of data connects with others and is added to the transaction records under the supervision of all network members.

Blockchain is already used for this purpose. The pilot project Building Blocks develops in terms of the WFP – refugees receive food vouchers generated on the basis of Ethereum network. The UN plans to implement the same system in other WFP member countries, and there are 80 of them. Now the UN actively works to make full use of the transaction benefits in Ethereum for humanitarian projects.

Alexandre Gellert Paris, one of the UN staff, suggested using Ethereum to combat climate change. During a thematic conference in May, 2017 he delivered a speech saying: “Blockchain will help to attract investors, due to the clarity and reliability of this technology. The trust in projects financing for combating climate change will increase. This will give a good start to the innovative technologies implementation and increase the effectiveness of our work”.

Next, consider how some blockchain projects interact with the state, and what technological solutions for public administration are offered by their participants.

The project Symbiont and technology company Pillsbury Winthrop Shaw Pittman LLP in 2017 presented the initiative on the automation of legal and operating activities of companies that operate in the state of Delaware, USA. The system translates in a digital environment the process of registration of companies, tracking the movement of the shares and the management shareholders.

In Sweden in the beginning of 2016 the national land service said the success of working with the blockchain startup ChromaWay and consulting firm Kairos Future and telephone service
provider Telia. A solution was developed for buyers and sellers, and the results of their work were tested with the participation of third-party banks. Five parties participated in the process: buyer, seller, real estate agent, Bank and state cadastral registration service.

Thus, the integration of public administration and blockchain technologies into a single information ecosystem is the most real prospect. Blockchain helps to make management more efficient, clear and corresponds to modern concepts of «e-government».

Author of this article is Rostislav Rudakov, analyst in the field of blockchain. Rostislav developed an algorithm ISOint, which allows the software platform to adjust to the optimal mode of operation and respond to changes in user behavior. In his research, he predicts the financial effectiveness of blockchain for individual enterprises. Currently, he manages the testing of industrial safety systems for German and French companies.