Bytecoin has rolled out the stable version of Amethyst 3.4.0, solidifying a swath of updates that retool the platform. 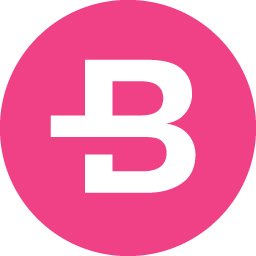 Previously in its beta stage, Amethyst 3.4.0 is the product of a long process of testing and refinement.

● Deterministic wallets: previously wallet keys and passwords were kept inside of the wallet file itself. While this method bolsters security, if someone forgets his password his wallet and funds are lost to him forever. With this update Bytecoin has introduced Mnemonic passphrases to their platform, allowing people with the new version of the wallets to regain lost access.

● Unlinkable addresses: via CryptoNote research and development Bytecoin developers have figured out a way to create entirely unlinkable addresses. This allows for groups of addresses to share the same view keys without an outside observer being able to tell if these addresses have a common derivative key. This update picks up where the Payment ID and Shared View Keys features left off.

● Implicit Wallet History: only transaction senders can restore destination addresses from transaction data by adding a single byte per output to the blockchain. The Bytecoin devs have enabled these changes for legacy addresses, getting rid of public transaction keys altogether.

● Auditable view-only wallets: Bytecoin developers have improved the cryptogrophy behind view-only wallets. Now, auditable file-versions of wallets can be shared in the Bytecoin community with the option of letting auditors also view the destination addresses on transactions.

● Blocksize adaptation: Bytecoin devs have introduced direct voting as a method for dealing with the problem of blocksize adaptation. In this paradigm each miner states what his preferred blocksize is and then the median of the gathered votes becomes the maximum blocksize.

● Signature pruning: signatures take up to 80% of the blockchain and often go unchecked beyond the last checkpoint due to the computation power they require. To free up space, developers have figured out a way to put signatures on their own hash so they can be effectively pruned out of the blocksize.

Jenny Goldberg, Bytecoin’s CMO, had this to add about the release: “These changes are both improvements and jumping off points. With the refinements, Bytecoin looks to elevate itself into the next sphere of development, and, in doing so, open pathways for its community to expand and realize the full potential of the platform.”

All features of Amethyst 3.4.0 will start becoming available following the hard fork scheduled to happen around March of this year.

About Bytecoin
Bytecoin was originally launched in 2012 as the first privacy-oriented cryptocurrency based on CryptoNote technology. With a market cap of over $100 million, Bytecoin remains one of the most significant cryptocurrencies on the market.