Enjin Smart Wallet, that utilizes the latest NSA-grade encryption, has today announced that its next update will enable users to melt down ERC-1155 tokens into Enjin Coin (ENJ), allowing developers to back their assets with ENJ and companies the ability to mass produce completely unique tokens. 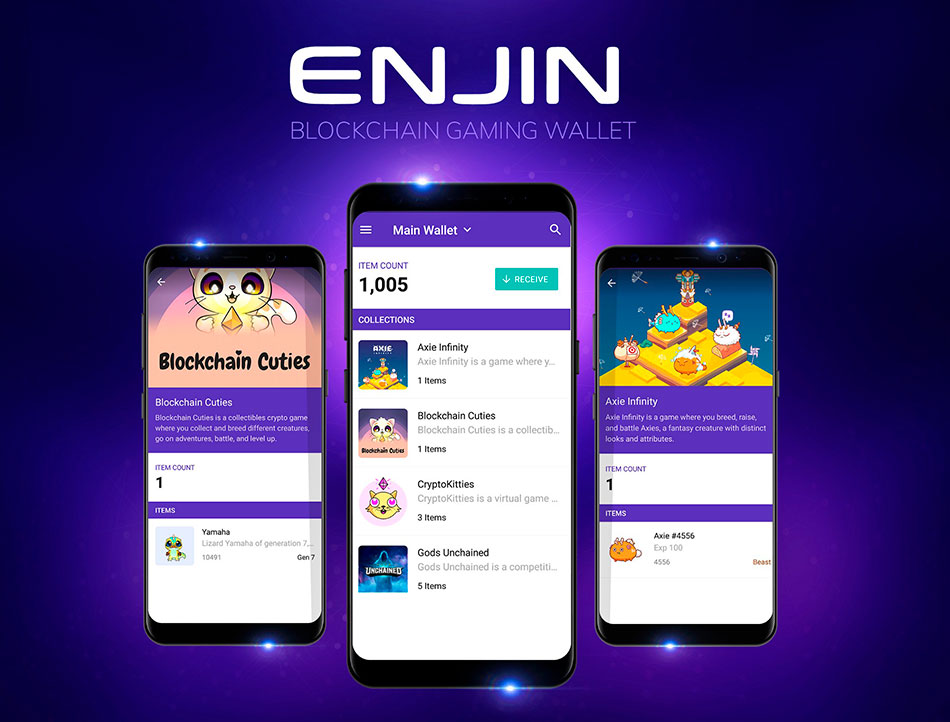 Every token created using Enjin’s development platform is imbued with an amount of Enjin Coin (ENJ) which is locked up within it. This attached ENJ guarantees the token’s base value, acts as a certificate of authenticity, and serves to curb hyperinflation of the growing digital asset market. Users will now be able to melt down and effectively destroy their ERC-1155 tokens to retrieve the attached ENJ. This is the first time ever that users will have the power to seamlessly control these robust smart contracts with an Android or iOS app.

“The ability to melt down ERC-1155 tokens into ENJ is a major step in the adoption of Enjin as the primary crypto wallet. This feature will not only allow early adopters to swap tokens with one another but also help developers to build blockchain-based assets in a totally unique way,” said Witek Radomski, Co-Founder & CTO of Enjin.

With the wallet’s new ERC-1155 send/receive functionality, companies can produce an unlimited number of completely unique tokens, while users can freely buy, sell, trade, give, or hold them forever. Not only does Enjin decentralize the ownership of virtual assets in games, but it also means that users can log into many games using their blockchain address and see all their on-chain items appear.

Additionally, tokens can be minted in bulk in one simple transaction, rather than needing to deploy separate smart contracts for each individual item. For example, a seamless user experience for managing mass produced, unique tokens is a key requirement for blockchain adoption by the retail market, which brings in a whopping $24 trillion in sales per year. Utilizing branded blockchain assets such as custom-made collectibles, vouchers, points, memberships, and rewards can enable businesses of all sizes to boost customer retention through automated systems—and create viral marketing effects by distributing assets that can move peer-to-peer seamlessly.

The MacCoin, a limited edition coin released in August enabled customers to buy a free Big Mac to mark the 50th birthday of its most famous burger. This is an excellent example of how an ERC-1155 digital souvenir could be used by retailers and traded by collectors in the future.

Enjin’s newly launched functionality comes hot on the heels of another recent update that showcases rich data and images for ERC-721 and ERC-1155 tokens, which will serve as a blueprint for Ethereum tokens in the future.

In addition to feature updates, the Oru Security team’s third-party audit of the Enjin Wallet has been successfully completed and released. In summary, the report stated that the “overall security posture of the wallet application and the backend API is solid” and “the software is developed according to best practices.”

The Enjin Wallet will now also support ERC-721 collectibles for two more popular blockchain games, Blockchain Cuties and Axie Infinity, in addition to already supported assets from Gods Unchained, and CryptoKitties. To celebrate the substantial update to the Enjin Wallet, the Blockchain Cuties team is also creating a custom Enjin-themed Cutie as a salute to Enjin’s community.

About Enjin
Founded in 2009 and based in Singapore, Enjin is an information technology company with two core integrated products — Enjin Network and Enjin Virtual Goods Platform. Enjin Network is a gaming-focused CMS & eCommerce platform, with over 19m users spread out across 250,000 communities and thousands of games. The Enjin Smart Wallet has a 4.7 out of 5 rating on the Google Play store, works with over 700 cryptocurrencies and is one of the most secure wallets available.
For more information, visit https://enjin.io/products/wallet