Enjin, a team of Ethereum developers dedicated to creating mass market tools for the Ethereum infrastructure, have today announced the release of EnjinX, an ad-free universal blockchain explorer designed to make Ethereum data more accessible to mainstream markets. By delivering a Google-like experience, the new blockchain search engine provides users with an intuitive way to search transactions, tokens, and addresses. It features a clean and intuitive interface, providing traders, gamers, and token holders a simple way to explore the Ethereum blockchain, see their balance or validate transactions. The explorer can also be used for in-depth research, data mining, and data aggregation. 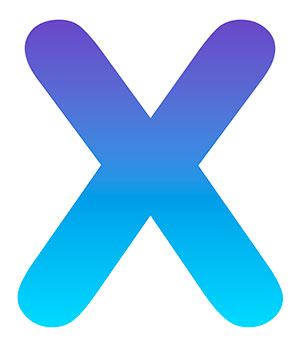 “EnjinX is an innovation for the blockchain industry. Made specifically for searching and exploring Ethereum and all other key chains, this is an incredibly important technological step forward for mainstream adoption of blockchain assets,” said Maxim Blagov, CEO of Enjin.

“The Ethereum blockchain provides overwhelming amounts of interesting data. To achieve harmony in design and create a human-first experience, balancing the structure of navigation, simplicity and purpose for every page and element. Every detail was meticulously analyzed and crafted together to achieve a perfectly responsive application, on all devices and browser sizes. Clean, essential design gives the user both visual peace and a pathway for quick data assimilation,” continued Blagov.

Featured on Product Hunt, EnjinX is the world’s fastest Ethereum explorer by up to 30 seconds. It delivers blocks in real-time and even displays live tickers for pending and internal transactions. To protect users from cluttered messaging and promotional fatigue, Enjin has pledged to keep EnjinX ad-free permanently. Rather than taking advantage of user attention, the team plans to generate revenue by offering robust developer APIs and blockchain integration tools that further boost adoption of the Ethereum Network.

EnjinX’s real-time token index delivers the latest data for the top 200 tokens, making it the best place to view current prices, volumes, and market caps for ERC-20 tokens. The innovative explorer also features human-friendly address labels that attach names to well-known blockchain addresses, making browsing, searching, and contextual research even easier. It is the fastest Ethereum blockchain explorer on the market and will be the first to support next-generation ERC-1155 tokens. Planned updates include support for BTC, LTC, ERC-721, and DOGE, as well as a powerful REST API for blockchain developers.

Currently, validation of transactions processed on the Ethereum blockchain requires native development of a solution utilizing an external API or linking users to a blockchain explorer with an entirely different look and feel. However EnjinX is an out-of-the-box solution that provides users with the ability to customize their themes and use night and day mode.

EnjinX currently supports Ethereum and ERC-20 tokens and will soon be upgraded to enable full support for the ERC-1155 standard as well. In doing so, the explorer will act as a directory of next-generation tokens, enabling users to browse items with rich data, such as high-quality images and eventually even 3D models and videos.

It has been built for adoption by mainstream users, with real-time data to enable faster block times for Ethereum and an optimized experience across devices, including mobile. By offering an alternative to Etherscan, EnjinX is also decentralizing Ethereum data.

“We use our own ranking algorithm against every search to show more meaningful data before others. Other explorers out there don’t have anything like our real-time, relevant search results. It’s one of my favorite features,” said Brad Bayliss, Enjin Lead Systems Engineer.

Fully licensed to operate in China, EnjinX will provide native Chinese translations and has servers residing within China to improve performance. The service is fully compliant with all laws and regulations, so Chinese blockchain developers will be able to use EnjinX services directly in China, without fear of the service being shut down by the Chinese government at any time.

Enjin specializes in developing tools to support Ethereum-based applications. In addition to EnjinX, they have launched a critically acclaimed cryptocurrency wallet and are building development tools that simplify blockchain integration into games, apps, websites, and smart devices. Ethereum-based ERC-1155 tokens are currently being integrated into 29 games using the Enjin Platform.

About Enjin
Founded in 2009 and based in Singapore, Enjin provides products and solutions to the blockchain and gaming industries. The Enjin Smart Wallet, which has over 500,000 users and a 4.7 out of 5 rating on the Google Play store, features more than 700 cryptocurrencies, ERC-1155 game collectible support, and NSA-grade security, making it one of the most secure mobile wallets available.