Projects and brands collaboration has proven to be a powerful way to bring vitality to a project. A new Gamefi project called Evo Surfers has been making full use of this in the crypto space. 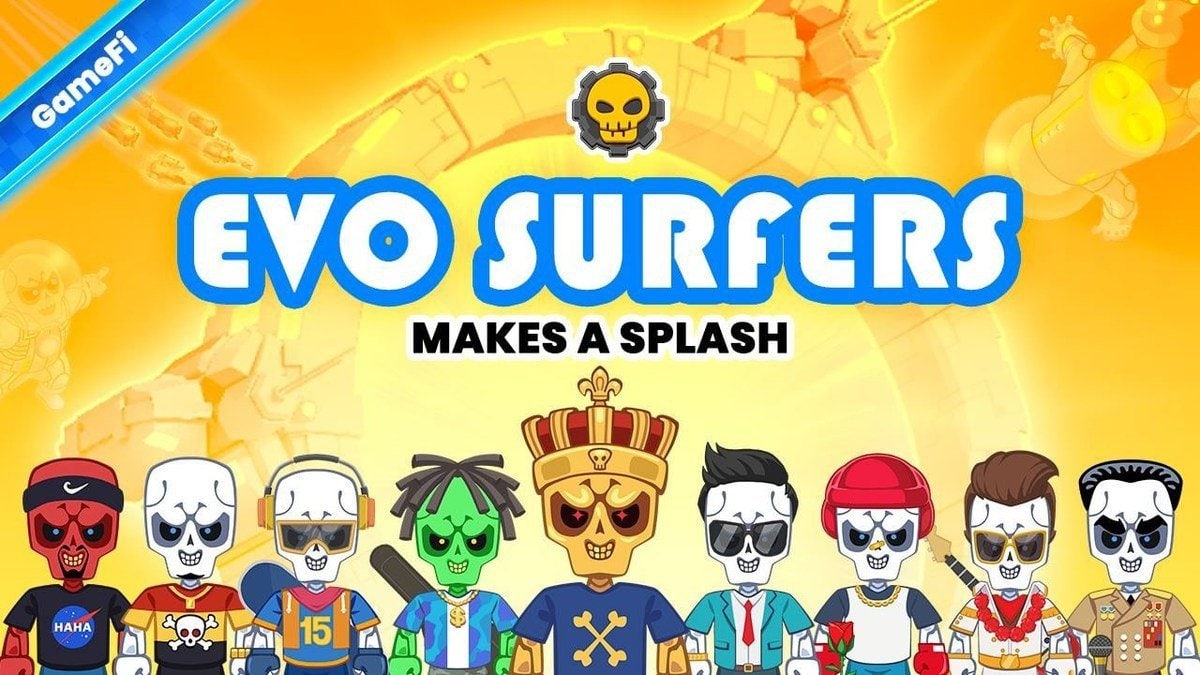 Evo Surfers, for the past couple of months, has been making intensive collaborations with various projects in the Gamefi, NFT, metaverse, Defi protocols and NFT exchanges as well as media and KOLs. Its active efforts have drawn great attention from the crypto industry and community at large which has facilitated the growth of its ecosystem rapidly.

Evo Surfers is a Gamefi project released this May integrating play-to-earn mode, Metaverse element, Gamefi and Defi all together into one game. The main character , cute skeletons named Cacha, are designed to battle and complete missions to advance human civilization evolution. The game has various NFTs including the character avatars, tools, and attributes, etc which are all tradable. It also has a dual token economic framework under which the project can grow steady and strong. All the in-game assets can then be used in Defi to make extra profits.

Unlike the early Gamefi projects which are relatively simple, new Gamefi projects or say Gamefi 2.0 projects such as Evo Surfers are much more complex in design and production. By leveraging the multi-dimensional design, Evo Surfers is able to approach different kinds of crypto or blockchain projects for collaborations in the aspects of publicity, whitelisting for asset distribution, community campaign, product cooperation among others.

The main collaborations that Evo Surfers have nailed so far are with peer Gamefi, NFT, and Metaverse projects such as Noft Games, Play Mini Arena and Kung Fungus, etc. The collaborations usually kick off with cross-promotions such as social media announcement and Ask Me Anything campaigns in the communities of each party followed by Evo Surfers granting prior access to its in-game assets such as NFTs or Tokens. The collaborations seem to work effectively as users are joining the community of Evo Surfers from other groups after learning about the project and knowing of the benefits of becoming the early earners.

“In a market like this, projects need to be more collaborative than competitive”, says Anderson Pratama, CEO of Evo Surfers who is based in Indonesia. “The joint forces will help new projects to reach the users, especially seed users with lower costs. More importantly, it also presents more investment opportunities to the users in a more effective manner.”

In addition to the above, Evo Surfers is also planning ahead by working with NFT exchanges such as NFT Trade, Element NFT Marketplace to assure some sort of liquidity for the in-game assets in the early stage of the project. According to the founding team of Evo Surfers, this is crucial for the users’ confidence because being tradable is still an important parameter in the NFT valuation.

Moreover, Evo Surfers is establishing partnership with Defi protocols such as Double Protocol to co-design the Defi product and the implementation of technical integration of the Defi protocol as well as Evo Surfers’ Defi products. Working with Defi partners in advance showcases Evo Surfers’ seriousness to bring out the Defi potential out of a Gamefi project. More importantly, the collaboration put the game’s Defi products in an open market with more users which is vital since decentralized finance requires a large scale of peer to peer exchanges to generate profits.

“Considering the interoperability nature of blockchain, by working with numerous trading and financial applications in the industry, it can amplify the financial capability of Evo Surfers,” Anderson points out.

“The crypto market seems to be entering a downturn phase after being hit by LUNA and due to other periodical factors. Somehow Gamefi and Metaverse tokens are dropping from VC’s portfolios. But we have firm faith in this project because it is a good project. And I think it is wise for Evo Surfers to make these collaborations at this phase to serve certain marketing goals but more important to build momentum form the community so that once the project officially take off, it can roar, “ says George Lee, COO of MoonXBT, a crypto social trading exchange which has invested in Evo Surfers.

According to Footprint Analytics, in spite of the recent tightening up of the investment in Gamefi projects, the total investment in the Gamefi sector from January, 2021, still accounted for more than 16% of the investment of the entire blockchain industry. The Evo Surfers’ collaborations will be put into test if it is a good strategy to help the project undergoing this phase when the next rally comes.