Globatalent, the Sports Blockchain platform that plans to decentralize the whole sport industry has added the Uruguayan international footballer as a supporter of its project. The platform has been created to change how sport funding is for our future generation.

With GLOBATALENT, it is the athletes themselves who decide the benefits for the fans who support them, being able to offer a percentage on their rights, future profits, etc. GLOBATALENT is a marketplace open to users to interact with clubs and athletes, supporting them financially and with the possibility of receiving a return in their future image rights, transfers, prizes, salaries, tickets, TV contracts or any other future income that they may receive.

Luis Alberto Suárez (Salto, Uruguay, January 24, 1987) has already accumulated a very successful international career that has enshrined him as one of the best players on the planet. Luis Suarez has won several awards in his sporting career with teams such as Ajax, Liverpool and currently with Barcelona. He has a prolific goalscoring ability which saw him awarded the European Golden Boot on two occasions.

GLOBATALENT now has the support of Luis Suárez and will create a model open to each and every person in the world. 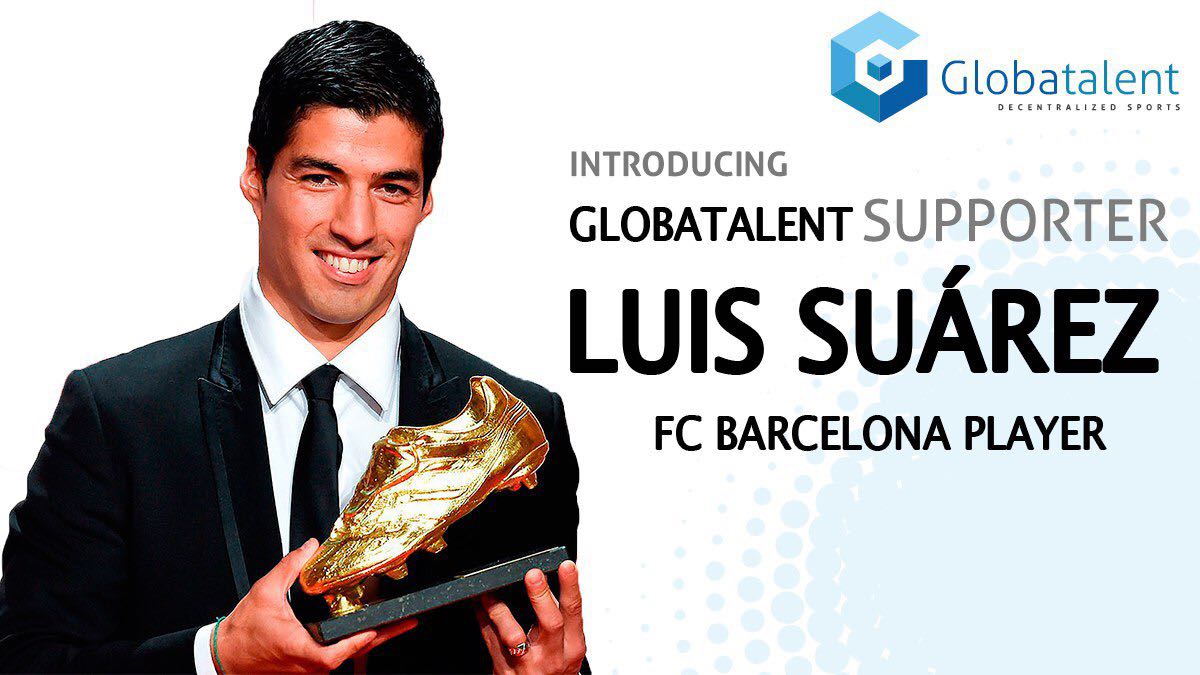