At times when the hype around initial coin offering crowdfunding escalates, the anxiety skyrockets as well. The ICO market is at its early stage of development and is indeed a high risk investment. But despite the big scandals with huge losses of investor funds, initial coin offerings continue to raise substantial capital. A growing number of funds and private investors come to conclude that the return on ICO investments is incredible in comparison with traditional tools of investments, and the game is definitely worth a candle. It was not a question of ‘if’ but ‘when’ the large scale fraud would appear. Needless to say, scammers were not long in coming.

In our “hit list” we are bringing light to five most recent and sonorous ICO fraud cases, presenting the stories in the reverse сhronological order. As you will notice, not every project was intended to be a scam, but in all cases investor funds, and consequently nerves, suffered quite a loss. 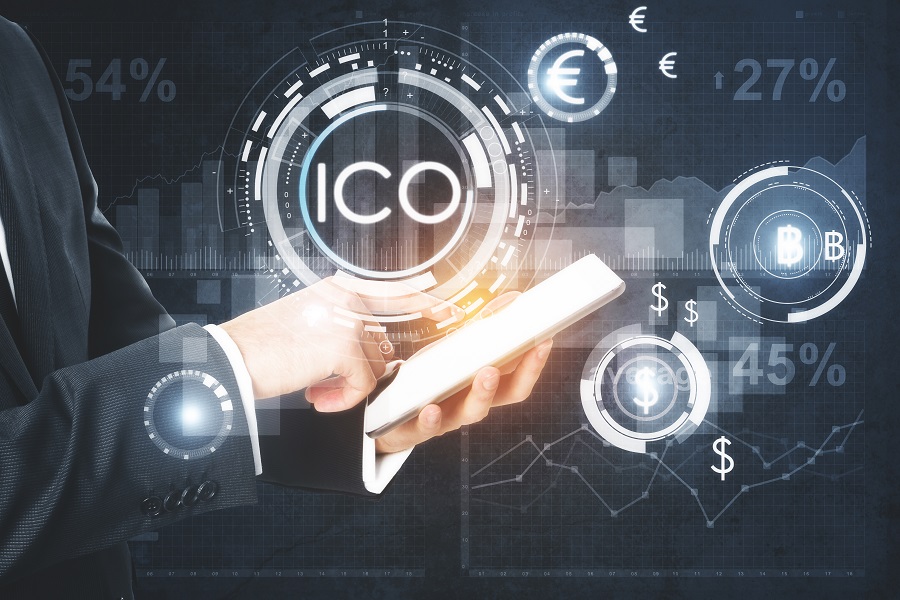 Roughly speaking, the following cases could not be called scam, as their problems were caused not by the project team but hackers. Nevertheless, these incidents are related to the topic – what could have been avoided with the decentralized escrow help.

So, on July 16, 2017 an Israeli startup CoinDash ICO was quickly stopped right at the beginning after it became apparent that the money had gone to the fake digital wallet. In the first 3 seconds of the ICO campaign hackers managed to hack into the CoinDash web page and replace the digital wallet data. The breach was discovered almost immediately and token offering was paused. But during these few seconds since the ICO kickoff, the hackers collected nearly 8 million dollars.

ICO CoinDash breach is a vivid reminder of the epic DAO breach, when on July 16 in 2016 50 million dollars had been stolen during ICO.

Almost the same happened on August 21, 2017 on the threshold of Enigma ICO. The fraudulent cashout scheme for half a million dollars happened this way: by taking control over the web page and the admin account, the hackers effortlessly turned around the ICO pre-sale. The speedy rate of raising funds is astonishing. Just short of 1500 Ether upon arrival to Enigma fake wallet was withdrawn by scammers.

The example of uncanny projects gathering substantial funds is the Autorship ICO at the beginning of September 2017. According to project announcements, the product meant to be a decentralized platform for writers, journalists and translators. It aimed to unite creative specialists with a goal to assist with the sale of written work and provide fair distribution of royalties, which were to be received in the form of project tokens.

It was stated in the Authorship white paper that the idea had come on the grounds of substantial industry experience from book shop management and communication with authors. If investors were to make effort to examine the fruit of that “substantial” experience, most probably, they would have been puzzled, as in fact the shop was basically a web page with little to do with books except for the name “I read books” and exiguous stock of just 3 items: notebook, pen and mousepad. It was revealed later the web address was fake, as it had been registered to another company with no connection to the project.

Despite all these “gaps”, Autorship managed to collect a total of one million dollars. The fact that neither investors nor bounty program participants received their tokens provides sufficient data to classify the project as a hard-core scam.

On September 29, 2017 the United States Securities and Exchange Commission (SEC) publicly announced charges against the businessman Maksim Zaslavsky and two of his companies, RECoin and DRC World. According to SEC, the companies were scam, as they misinformed investors with the promises of high returns when in fact they did not even carry any business operations.

Zaslavsky launched ICO claiming the liquidity of Recoin tokens was backed up by “hard” assets – real estate and diamonds. Diamond Reserve Club World company was said to be a co-owner of the diamond mining company. But despite the fact the ICO was open and money collected, no single diamond was purchased. Another scam hint was that, according to the web page, the project team included lawyers, accountants and brokers, when in fact none of these specialists were in-house or among advisors.

After the company’s account freeze, Zaslavsky claimed he had no malicious intent, but rather he was not on time with the workflow. He promised to file a lawsuit against SEC and return funds to investors. Although it is not clear how much Maksim was willing to pay back. According to SEC, stated ICO results were meagre in comparison with actual ones. The ICO team reported they had collected some 4 million dollars, but in reality 300 000 were buried in the dungeons of Neverland.

What happened with funds will remain a mystery but the case of diamond baron Zaslavsky is noteworthy as in reality it was the first scam in the ICO world.

“When partners can’t agree their dealings come to naught”

The ICO Tezos collection of 400 million dollars has become one of the most discussed and controversial subjects in the crypto world. When parties involved started digging and exchanging information, three separate lawsuits popped up with the demand to return the money.

The latest was the case of P.C. and Lite DePalma Greenberg legal firm filing a lawsuit on the grounds similar to previous plaintiffs’: Tezos tokens were issued during an ICO as securities but had never been registered as such.

The primary lawsuit was initiated on October 25th, just several days after Tezos’ negative press coverage that sprang from a public conflict between co-founders and the head of Tezos Foundation. The claim was raised by Taylor-Copeland legal firm, where Mrs. & Mr. Breitman were accused of selling unregistered securities, committing securities fraud, false advertising and unfair competition (“by making material misrepresentations and omissions”).

David Silver, Silver Miller partner in Florida, in the middle of November mounted the second legal action against Tezos, accusing the Breitmans of outright forgery:

“Notwithstanding Defendants’ attempts to avoid governmental and private scrutiny, it is clear that the financiers were indeed profit-seeking investors in a security and that Defendants promoted and conducted an unregistered offering of securities, not a charitable fundraiser,” the suit reads.

The ‘charity’ was mentioned because during the ICO investments had been described as “charitable contributions”. Now it is widely talked about in discussion threads that investors, given the kind of wording, should not expect returns at all, as investments were classified as donations.

The goal was to create a network protocol of secure smart contacts, leaving Ethereum blockchain platform behind. The core principles were trust, strong verification and control. But as it happened, these principles apparently did not apply to founders and their relationships with investors.

Tezos drama includes several main characters. First of all, Kathleen and Arthur Breitman, owners and co-founders of Tezos blockchain project. In the opposite corner is Johann Gevers, who founded the Swiss non-profit Tezos Depositary Foundation. The story reveals that after ICO launch Kathleen and Arthur decided to claim Tezos intellectual rights against Tezos Foundation. This act allowed them to receive a 20-million-dollar payment “without getting hands dirty in Switzerland” (Finews report).

The misfortune struck when Kathleen and Arthur Breitman accused the head of Tezos Foundation, Johann Gevers, of the deceptive act of appropriating an additional bonus of 1.5 million dollars. Furthermore, the Breitmans publicly expressed their dissatisfaction by saying that Johann was an incompetent employee and did not perform his duties. The accusations appeared in a 9-page letter with a statement that Gevers is guilty of “self-dealing, self-promotion and conflicts of interest”. On the other hand, Gevers gave interview to Reuters and discredited Breitmans by accusing them of “illegal coup”, aimed at cutting him out. Gevers said, “this is attempted character assassination. It’s a long laundry list of misleading statements and outright lies.”

The drama led to Tezos tokens hitting low. As a result of these accusations, “Tezzies” dropped 60%. At the moment, due to ongoing litigation, the tokens have not reached investors, but Kathreen told Fortune, that the plan to transfer “Tezzies” to ICO investors in February remains unchanged.

The last in the succession of recent scam projects is Confido startup that disappeared on November 22 with 375,000 dollars collected during ICO. As soon as the ICO closed, the Confido web page as well as social network accounts were shut down. The money on the account was cashed out.

Confido promised to create an innovative decentralized solution, which could have provided internet shops with secure infrastructure for seamless payments. Yet, as revealed during the investigation, the team had always remained anonymous. All Linkedin profiles were fake.

What conclusion can we draw after considering the above cases? Needless to say, the ICO market legal framework requires expert arrangements. This question is on the agenda for all developed countries. We are still to discover what will come out of it. But even today we have an instrument, which solves the problem seamlessly – decentralized escrow. This tool is offered by Descrow startup, which will be a platform for secure ICO.

Decentralized escrow assumes that funds collected during an ICO are transferred to an independent third party with the disbursement tied to conditions that are agreed by transacting parties. In reality the money is not even transferred but remains on investor’s account as frozen. The decision to transfer the money is made not by a centralised organisation with subsequent human factor risks but by investors, who submit payments in tranches as the startup delivers its promises.

By using a tool, such as decentralized escrow, there is no room for ill-natured manoeuvring. To use ICO funds the team has to put in sufficient effort, in line with the designed road map. Moreover, the funds are transferred not at once but in tranches, equal shares. Thus, scammers can not disappear without trace.