Signal Zero, the leading rewards platform for gamers since 2013 has today announced that it has reinvented ‘airdrops’, the current tactic adopted by many crypto startups who disperse tokens to prospective users for no cost. The tactic has come to be seen as the most viable way for blockchain projects to get off the ground, amid ongoing scrutiny by the Securities and Exchange Commission as to whether they are actually legal. 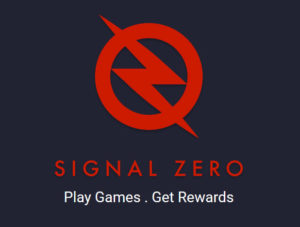 Tobias Batton, CEO of Signal Zero, believes crypto entrepreneurs are selling themselves short and undervaluing their projects by simply giving away millions of dollars worth in tokens, he said; “Last week Dfinity became the latest crypto company to give away $35 million worth of digital tokens, under the perception that it will broaden ownership and raise the profile of their blockchain project”, however Batton warned that entrepreneurs are “unnecessarily giving away free stock”, as it is considered as such by the SEC.

Instead Signal Zero is urging blockchain entrepreneurs to follow their lead and launch an actual “Proof of Concept” (POC) to use as a mechanism to build an engaged community of active supporters who can also carry out necessary beta testing, user research and feedback that is a standard in professional software development and product design, whilst also building confidence in the project and underlying technology.

“I hope our initiative will spark a sea change in the way crypto-projects distribute coins to their community of supporters – completely upending the notion that individuals can receive coins for doing simple tasks like joining a Telegram group,” says Batton.

The Loot Protocol is the world’s first Proof-of-Skill blockchain platform that uses a universal crypto to reward players for their skill levels in a variety of games. Trendy Entertainment’s Dungeon Defenders II is the most recent game to commit to integrating the algorithm.

To test the POC and build a highly engaged community which is in excess of over 30,000 members since May, the company has integrated the blockchain algorithm with TapRivals giving players the ability to earn reputation points based on their skill. Players use the points to “level up”, as they would in Role Playing Games (RPGs) and Massively Multiplayer Online Games (MMOGs). The higher a player’s level, the more they can access and will receive in TapRivals’ rewards.

“As we continue development of our decentralized Loot protocol for the gaming industry, it is important to engage our existing community of millions of players and the gaming and crypto communities at-large in that process. Signal Zero’s development and design DNA is built on a foundation of leveraging empirical data from our community to inform our design and development decisions. This centralized virtual prototype is the first step in that process,” continued Batton.

Using a comparative ranking algorithm, the software analyzes relative player performance, awarding all players accordingly for the skill they exhibit with tradeable crypto assets. The technology can be adopted by any existing game, forging new ways for publishers to monetize their content without the use of advertising and to pay gamers for playing the games they love.

“Since we launched in 2014, Signal Zero has grown to a community of over 10 million global players and we’ve rewarded our members with more than US$7 million in cash and prizes,” continued Batton.

“We’re excited to continue to grow the community and share even more rewards with members, no matter where they play.”

About TapRivals™
Tap Rivals is the newest eSports platform that makes casual mobile game tournaments easy and accessible. Compete against players all over the world by trying to beat the community’s moving average for each game. Because everyone gets rewards based on their performance, anyone can win. Everyone can get cash and prizes. It’s a win, win big situation!
For more information please visit: https://www.taprivals.com/

About Loot™
Loot is the blockchain protocol and crypto-asset for the gaming industry. It employs a unique patent-pending proof of skill mechanism, which harnesses the effort and skill that gamers expend to create new tokens through gameplay. Loot effectively opens up a new entry point to the crypto economy for the entire gaming industry, allowing game publishers and developers to share wealth with players without sacrificing any existing revenue generation.
For more information please visit: https://www.lootforge.com/