Blockchain cybersecurity company GK8 has just released a new version of its custody platform that supports Staking on Ethereum 2.0, which was rolled out in early December. 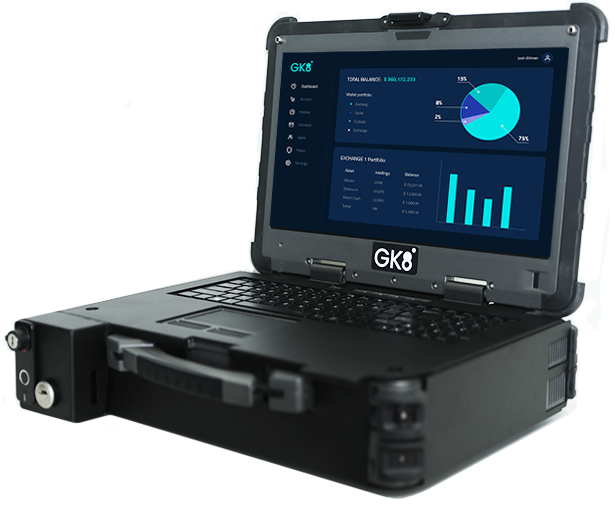 GK8 enables staking as a built-in feature in its end-to-end custody platform, without requiring any further investments or development efforts from the bank’s end. With this new service, banks and other financial institutions using GK8’s secured platform can leverage their digital assets to earn interest – both in direct investments and by offering this service to their customers for a fee.

Staking is based on validation of blockchain transactions on the Ethereum network, in return for a monetary reward. This validation process, also called Proof of Stake, is an alternative to the work conducted by individual miners who compete in approving each block of transactions before it’s inserted into the blockchain (called “proof of work”).

The introduction of Eth2.0 spiked demand for this network, with Ethereum market cap rising 24% in December alone, reaching $85 Billion by the end of the month. This may reflect the bright future of the next version of the Ethereum protocol.

The digital assets used in GK8’s Staking process are managed through the company’s patented air-gapped Cold Vault, which remains 100% offline, with no exposure to potential attack vectors. These funds are covered by an insurance of up $500M, offered exclusively to GK8 customers by insurance giant Aon UK.

“The combination of the most secure custody solution and the highest insurance policy minimizes any risks associated with Staking”, says GK8 CEO and co-founder Lior Lamesh. “We see real potential in Staking for institutional investors and prioritize on this capability for our customers. Our platform supports additional popular staking protocols, and as digital assets become mainstream, we anticipate that banks will start capitalizing on this opportunity and leverage digital assets to create new revenue streams.

“On top of saving millions in losses due to potential cyberattacks and reputational damage, our secured platform can now help banks create new revenue streams and benefit from the exponential growth in blockchain-based activities”, Lamesh added.

About
GK8 is a blockchain cybersecurity company that offers financial institutions an end-to-end platform for managing blockchain-based assets on their own. The company developed the world’s first true air-gapped vault that enables to create, sign, and send secure blockchain transactions with no internet connectivity, hence eliminating all potential cyber-attack vectors. GK8’s military-grade solution is based on 7 pending USPTO cryptography patents and is serving global banks and financial institutions that manage over $1B in digital assets.
The company was founded by Israeli cyber intelligence veterans who previously protected the nation’s strategic assets, and is backed by industry leaders, including Marius Nacht – founder and former Chairman of cybersecurity giant Checkpoint.
For more information, go to www.gk8.io