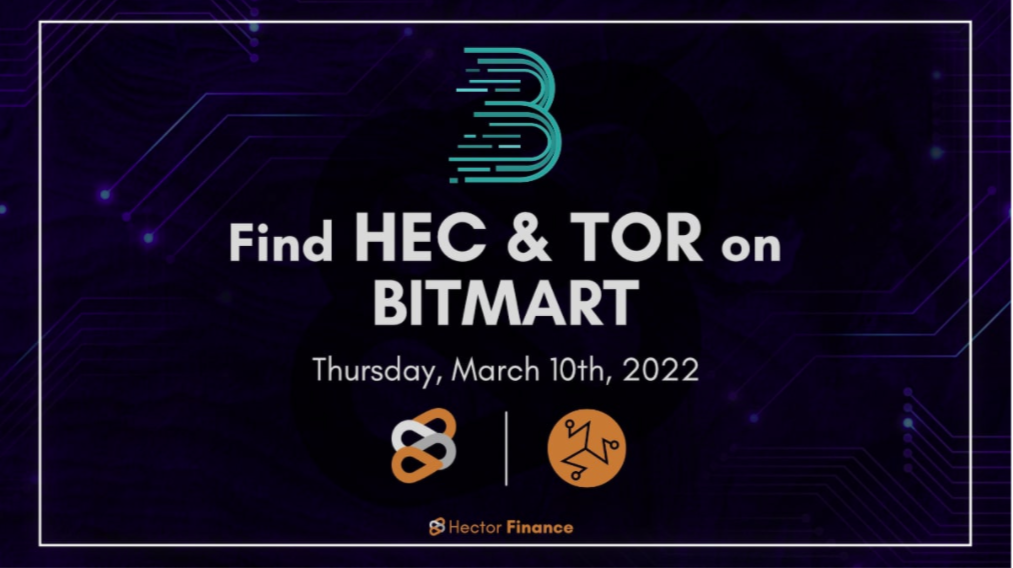 When it came out with its 2022 goals in early 2022, Hector Network announced plans to build a number of “subprojects” that would aid in the growth and development of its ecosystem. It includes a loan and borrowing mechanism, a stablecoin farm, and a decentralized exchange (DEX) spanning many chains.

Users will no longer have to deal with the time and effort it takes to bridge tokens from other networks because of the Hector DEX, which allows them to do so with a single click. The Hector DEX will also be the “backbone of [Hector’s] broad cross-chain expansion, ultimately allowing consumers to deal with the services from any chain, as if they were natively on Fantom,” according to a recent video from the Hector Network team. As a result, Hector Network’s products will be accessible to a considerably broader customer base, and the company will have access to a far larger pool of liquidity in the long run.

Using all available DEXs and bridges, Hector DEX will perform the most cost-effective swaps that are technically possible, resulting in significant cost savings. Hector Network has a lot of promise if it can solve the problem of frequent bridging and chain switching that affects 3 million customers.

Are NFTs used for anything?

Investors and projects alike should take note of the burgeoning non-fungible token (NFT) market, which provides enormous potential. Overall NFT sales will reach $24.9 billion in 2021, up from $94.9 million in 2017, according to DappRadar. Using data from ten different blockchains, DappRadar is able to identify who owns the NFT and where it originated.

Based on what information is included in the data, volume estimations can vary widely. For example, big NFT art auctions at auction houses are generally not included in the data gathering. According to OpenSea, the world’s largest NFT platform, sales peaked in August, then dipped in September, October, and November before rebounding again in December. NFTs are no longer regarded as a microbusiness; rather, they are becoming more and more well-known by the day. More and more huge firms are looking into and launching their own ventures in this field, making this even more true. It includes firms like Adidas, the NBA, McDonald’s, Gucci, Coca-Cola, PepsiCo, RayBan, Nike, and many other instances.

Fantom’s NFT market is still in its infancy, but it already holds a lot of promise. The Hector Ecosystem will undertake a large marketing campaign in connection with the launch of its own collection in order to attract new members and welcome them into the ecosystem. Additionally, we achieve one of our key goals, namely, aiding Fantom Network’s expansion and promoting awareness of its benefits. This year, the company plans to develop an NFT marketplace and begin exploring our alternatives for joining the DeFi Gaming and Metaverse businesses, as stated in the Roadmap. That it has an NFT collection is the first step in this direction! Introduce yourself to the Mythos product line.

The Mythos line has arrived!

Beyond the stunning animated artworks, our primary purpose is to attract new members, grow the Hector Network ecosystem, promote the Fantom network, and assist our community in any way possible. There are a number of reasons why this collection has been put together, and they all have to do with ecosystem building!

In addition to $HEC and $TOR, Bitmart will list Hector Network on March 10th. Keep a lookout for the results of Certik’s $TOR Audit this week, as they will be disclosed this week. As soon as the NFT collection is released, the NFT Marketplace will also be available.