International Decentralized Association for Cryptocurrencies and Blockchain (IDACB) goes on reaching new horizons. 93 representatives of various countries have joined the Association to create the decentralized future together. 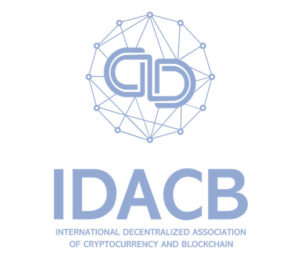 New members of IDACB Board of Directors are Abit Ghimire (Nepal), Qusai Sharef (State of Palestine) and Eduardo Sánchez González (Cuba). Let me introduce them and their countries.

Mr. Abit Ghimire is an avid crypto expert. In 2014 he started the first and foremost crypto exchange in Nepal, Bitsewa. At present, he is an Advisor and Marketing Head at India Digital Assets Exchange (InDAX) and responsible for marketing and PR. According to Abit Ghimire, blockchain environment is not well-developed in Nepal. However, “few traces of development scenario can be seen”.

“I think having partnership with IDACB as Director will help us to get connected with various other individuals in same space (within and out of IDACB) where we can share our ideas and bring a solid idea into the space of blockchain and crypto. So, it would be my pleasure representing IDACB in days to come and will try my best to add some value as well,” – says Abit Ghimire.

Being an ICO advisor, blockchain researcher and developer, Mr. Qusai Sharef is one of the first Palestine blockchainers. “And maybe the only one,” – he notices. Although blockchain is available in Palestine, there is no awareness about the technology. Hence, no blockchain environment. However, Qusai Sharef believes that it will change in the nearest future. He seems to be quite right as Palestine’s officials are working out a state cryptocurrency. It will be “a bitcoin style solution” to its lack of central currency, said Azzam Shawwa, head of the Palestinian Monetary Authority.

Mr. Eduardo Sánchez González is the head of Havana Blockchain Center, an NGO that promotes the adoption of DLT to address common issues in developing countries like Cuba. As Eduardo González claims, the first time blockchain was used in Cuba after a dreadful 2017 hurricane when a Russian ICO raised about $5 million for reconstruction.

“Currently, Cuban banks are studying the possibility of leveraging crypto and DLT in general to ease trade and circumvent economic sanctions by US government. Some entrepreneurs (including myself) are designing proof-of-concepts for leveraging blockchain to address the lack of financial infrastructure, and the perspective of mobile date adoption before the end of the year has fueled those interests,” – Mr. Sánchez says.

However, there are three aspects preventing the mobile date adoption in Cuba: lack of internet infrastructure, lack of education on DLT and lack of funding for blockchain projects. The first problem is to be solved very soon, while other two ones can be eliminated with help of IDACB. The membership in such an Association will provide Cuba with resources, exchange of experiences and funding for both profit and non-profit projects.

IDACB is greeting the new directors and lending them a helping hand in betterment of blockchain space. Welcome!

IDACB is the largest International Decentralized Association on Cryptocurrency and Blockchain. It’s the leading non-profit organization the concept of which is to connect crypto and blockchain community and various countries’ officials to work out a unifying approach for international legislation on cryptocurrencies and blockchain. The influence of the Association is ensured by the participation of 90 countries.

The largest World Blockchain Roadshow (WBRShow) is a blockchain tour. It has united 1000+ participants, 300+ media, in more than 20 cities of Asia, Europe and Middle East. It is still going on thus you have a chance to participate. Join IDACB on European and Middle East tours.