From April 13th to April 19th 2019, the Paris Blockchain Week will host numerous events under the joint High Patronage of the French Ministry for the Economy and Finance and the Secretary of State for Digital Affairs. The whole week will be dedicated to blockchain and crypto-assets. 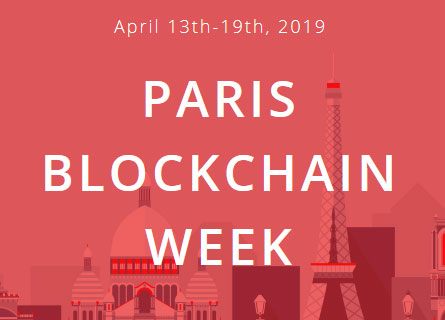 The Paris Blockchain Week aims at showcasing the French crypto-asset ecosystem and will gather in Paris the most prominent international organizations of the industry for a series of events.

“France has decided to take blockchain seriously. Among other things, it has drafted an exclusive framework for crypto-assets, guaranteeing trust for users and high flexibility for the industry’s organizations. The Paris Blockchain Week will prove the dynamism of the French ecosystem, which has everything needed to become a worldwide industry leader,” explains Bruno Le Maire, Minister of the Economy and Finance.

Numerous events will be held in Paris including:
● An international conference opening the week organized by the Ministry for the Economy and Finance
● The Paris Blockchain Week Summit, the two-day flagship event of the Paris Blockchain Week gathering more than 100 international speakers in Station F
● The “Innovation in the Paris financial hub” summit organized by Paris Europlace
● A forum organized by the Fintech Chair of the Paris-Dauphine University
● La Tribune Blockchain Summit: the finance of the future or the future of finance?

“With this international event, we aim at positioning France as a pioneer country for the development of such technologies. But our objective is also to undertake a real project : using these new tools to benefit the user, the partial reappropriation of the data and value. In many ways, we are returning to the founding spirit of the web,” says Mounir Mahjoubi, Secretary of State for Digital Affairs.