Every project requires the people who will lead and develop it. But not everyone realises how much work has to be put into products and services of everyday use. Read this article to find out who were the initiators of FuturoCoin! 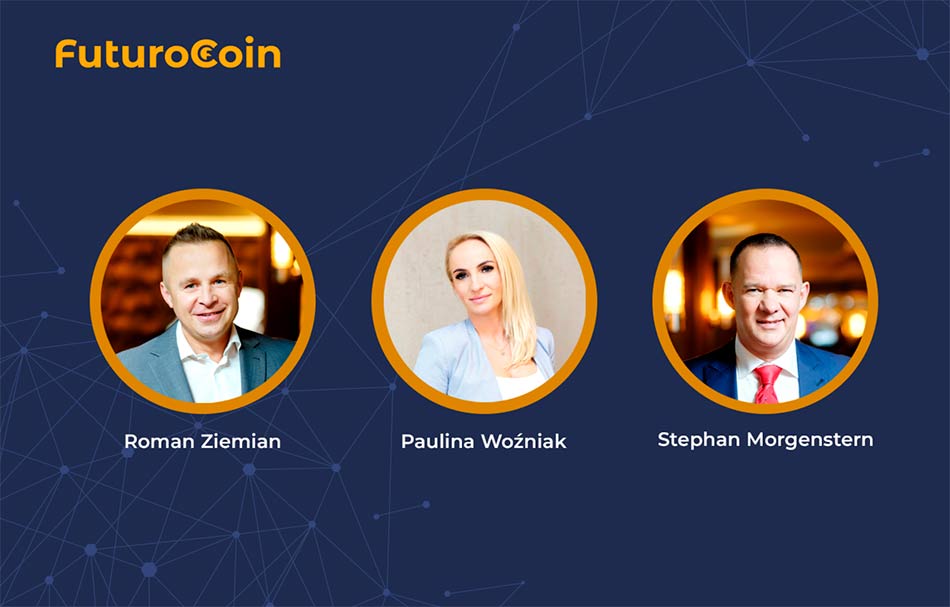 Appreciating the hard work
Like every impressive initiative, FuturoCoin (FTO) have some great people behind it, too. Some of them you might know from brand events, international conferences or social media appearances, like the FuturoCoin Q&A series. It’s always important to get to know people who initiated something that you like and often use. Showing your appreciation will definitely make them feel like they’re doing something important. If the FTO team knows how much the community is fond of their job, the future projects and improvements will be nothing but pleasure.

Great project, great people
In this article, we will be focusing on three very important people, without whom there would be no FuturoCoin. Almost exactly one year ago, in January 2018, FuturoCoin was launched. Roman Ziemian and Stephan Morgenstern are the inventors and it was their idea that made it possible for FTO to come to life. Then, the cryptocurrency kept growing and growing and it needed some further guidance. That’s when Paulina Woźniak became the CEO OU of FuturoCoin, as well as its heart.

Paulina Woźniak – CEO FuturoCoin OU
Paulina Woźniak is the CEO of FuturoCoin. She’s the heart of the company and an irreplaceable member of the team. She usually represents FuturoCoin during international events and conferences. Recently, she has been to Dubai and Singapore to meet with other big personalities of the cryptocurrency world and spread the familiarity of FuturoCoin in new places across the globe.

Paulina Woźniak is comprehensively educated in fields of finance, marketing and business at various academies in Poland. At present, she is also studying to get a PhD degree in economics. She knows a lot about the cryptocurrency world and she was a perfect candidate for one of the most important positions in FuturoCoin’s team. She is also one of the very few women in the industry but she’s very comfortable with her position amongst men.

Stephan Morgenstern – co-inventor of FTO
A businessman like Stephan Morgenstern probably needs no introduction. Working on the idea for FuturoCoin cryptocurrency is only one of his achievements. He is known for creating ideas that would work for many people rather than just for himself – that’s the most important thing for him. Besides FuturoCoin, he also works on many other projects, like exploring habitual cuisine. His interest in that area resulted in cooperating with Aureliusz Wilk and opening Aurelio restaurant – a place where you can pay for your dinner with FTO.

Stephan is also contributing to the battle with malnutrition as a Goodwill Ambassador. That shows how many different fields he works on and how focused he is on his career as well as his personal development. He believes that hard work and lots of effort can bring you the highest prize.

Roman Ziemian – co-inventor of FTO
Roman Ziemian is an experienced entrepreneur and specialist in business strategy, marketing and investments. He is the other person, along with Stephan Morgenstern, who stands behind FuturoCoin’s success. He created an idea which later got transformed into a real thing – FuturoCoin. But he is not only a businessman, he’s a great philanthropist as well. Being a Goodwill Ambassador helps him to promote the values he believes in.

He is also known for his love for sports. Thanks to him, a great collaboration has been created. FuturoCoin became an official partner of Aston Martin Red Bull Racing team. Since February this year, the logo of FuturoCoin appears on the cars during Formula One races.

The team
Those three people made FuturoCoin what it is today. They are experienced, educated and focused on success. This one-year-long journey of FuturoCoin proves how much effort they’ve put into it. But let’s not forget that FuturoCoin is so much more than just three people. There many others who work hard every day to make the cryptocurrency what it is, and more. Next time when you make a transaction, think about people who make it possible.