Wizarre is pleased to reveal the officiall release of the Wizarre Beta game on November 18, 2022 and will close the access on November 25, 2022. With this Beta release, Wizarre’s introducing more playable features to the users at these early stages, staying on track to deliver the early access version by December 17, 2022. 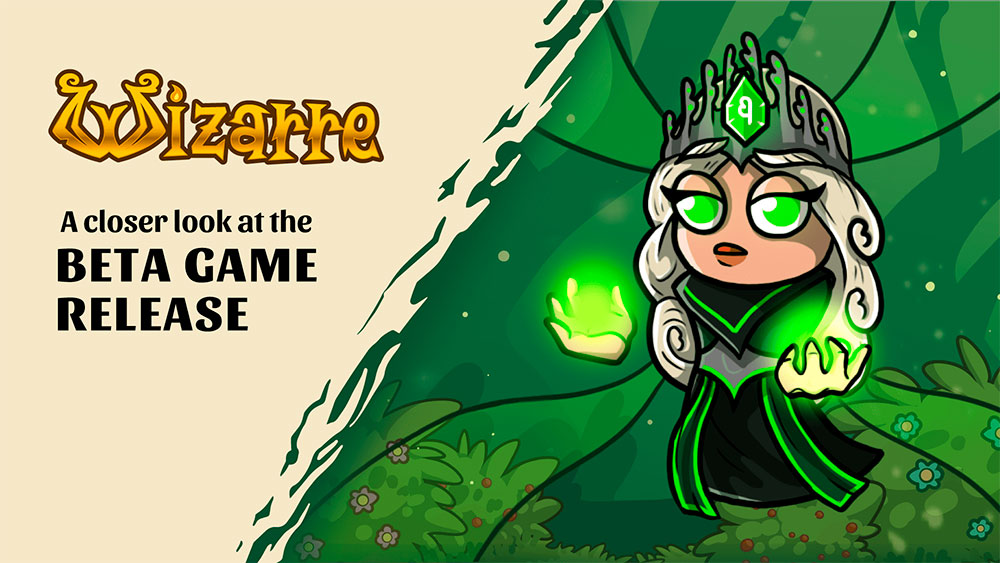 Wizarre is an NFT blockchain-based video game that takes place within a 2D magical fantasy world. All in-game characters and elements are rare and represented through NFTs (BEP-721 tokens) to provide proof of ownership, which are Wizards, Lands, and equipment.

The game is free-to-play and leverages a play-to-earn model, both merged into one ecosystem to allow anyone to immediately not only instantly dive into the gameplay but also simultaneously earn rewards – the intent of this model was to reduce the barrier to entry for all users.

SCRL is the platform’s native utility token. It’s a BEP-20 token that runs on Binance Smart Chain (BSC) to leverage its speed, scalability, and low transaction fees. Through the burn mechanism, the total circulating supply of 10 billion tokens decreases over time and will therefore never rise in quantity.

The main objective of the game is to create new Wizards through breeding, level up your characters, and ultimately win battles against opponents. The more elements that are combined, the stronger the character spells and statistics become to help advance players to the top of their respective leaderboards.

The platform has also developed an NFT marketplace where users can trade different Wizards, Lands, and other assests with one another to further increase and better represent their value.

The team at Wizarre has built an application for both computer web browsers and mobile phones, so users can play on-the-go while still earning.

The launch of the Wizarre Beta version will not only lay the groundwork for what’s next but also give the team an opportunity to collect user feedback from testing.