Small States are ordinarily defined as nations with a population of 1.5 million citizens or less. More than a quarter of all the World Bank members are such nations. Globally, banking institutions have limited financial access and economic inclusion by constantly imposing dramatic economic limitations to Small States.

A research paper from the IMF (“Macroeconomic Issues in Small States and Implications for Fund Engagement,” Feb 2013) looks at why many Small Countries have done so poorly for decades. Compared to big countries, high fixed costs mean elevated spending-to-GDP ratios for Small States. Also, professional resources are significantly limited in Small Countries because of the size of their population. Large countries benefit from giant knowledge pools their governments can always tap into to develop large scale and reliable solutions.

There is no better moment than today for a project like XENTAVO to capture our attention. With the emergence of digital blockchain solutions and FIAT cryptocurrencies, Small Countries are now able to establish their own digital monetary sovereignty. Customized mechanisms and tools are made available to them by XENTAVO, allowing Small Nations to reclaim financial integration in today’s global economy.

Two diametric environments motivated the creation of XENTAVO: the life experiences of the company’s founding team as shaped by growing up in countries with restricted economic potential, and later appreciating the benefits of living in thriving economies like Europe and the US. Two contrasting circumstances willfully prompting an economic proposition like XENTAVO.

All of the marketing and communication efforts published by XENTAVO in social media revolve around the company’s driving principals of global financial inclusion and economic empowerment of Small Countries and their people. 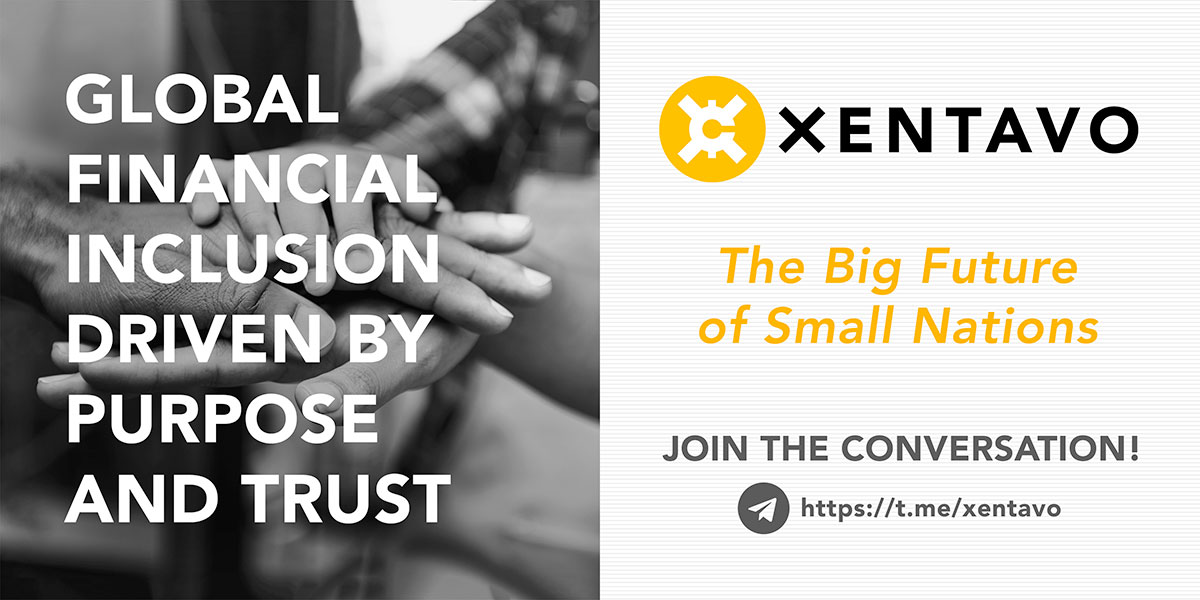 Visit XENTAVO at www.xentavo.com for all the insightful project details.