Today marks the launch of the Zenotta Digital System (ZDS), and with it, a step into a future where data is re-invented. The problems of data privacy, digital content ownership, creative freedom and trust are solved with the development of the first Peer-to-Peer Electronic Trade System. With the ZDS, digital content becomes a means of exchange, and files become programmable assets that can be truly owned, with identity, rights, intelligence and privacy embedded at the data level. 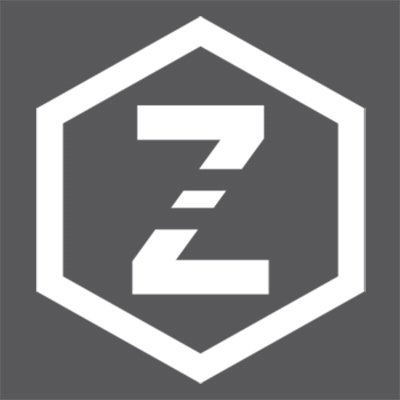 Data is the cornerstone of digital systems. In an increasingly digital world, data has become the lifeblood of our technical, social, legal, and economic structures. However, while data can convey information effectively, it cannot be used to reliably ascribe value. This is termed ‘The Data Problem’, and it is rooted in the problem of scarcity. If you can simply copy, edit or duplicate a file for essentially zero cost, its value as a commodity remains limited. Until now, the solution tried by purveyors or custodians of digital goods was to prevent them from being copied, in order to give them scarcity and, therefore, value. However, this requires significant technical and legal efforts at a human level and is largely doomed to failure.

With the ZDS, scarcity can be achieved through ascribing a rival character to data. Imparting provable uniqueness to data solves the Data Problem, imparting true scarcity and therefore true value. Through a new type of blockchain network that allows for the trade of digital assets instead of merely payments, this value can be unlocked; economically, legally and socially. In a functioning, just democracy, such value can be found in myriad forms – the benefit of being able to truly own your digital content; the legal power of an autonomous file with a unique identity; the freedom to create, and to decide what happens to your creation. Imagine trillions of connected, programmable files, with rights, intelligence and privacy assigned within the data itself. The possibilities for content creators, businesses dealing in digital products, or any individual, company, institution, or government, are immeasurable. The Internet of Value could therefore be realized as the Internet of Files.

Roelou Barry, CEO and Co-Founder at Zenotta, said: “If a token is the medium of exchange in an economic system, files are the medium of exchange in a digital system. Revealing the true value of a file is the cardinal purpose of Zenotta. Rethinking the very premise of what it means to attribute value to a file, Zenotta is provoking a shift in perspective in how we value our JPGs, PDFs, and PNGs. To date, the technological gentry has unfairly profited from data in possession, as the person in the street, corporations and governments unable to assign ownership and rights to their data. Giving data intrinsic as well as extrinsic value, we are moving beyond primitive utility by the unique ability to assign identity and rights to all files. A result of over seven years of considered development by our team, the Zenotta Digital System preserves privacy, compliance, and governance to usher in the Internet of Files.”

The ZDS comprises the twin pillars of the Zenotta Data Protocol (ZDP) and the Zenotta Network Protocol (ZNP), together functioning as a redesigned and reimagined Smart Data empowered Peer-to-Peer Electronic Trade System. Both protocols are underpinned by a community-focused, compliant-by-design governance philosophy, and supported by a world-first stable legal framework capable of governing the entire digital system at the file level, and of executing legal judgments at machine level while representing free will and remaining under human control.

The ZDP turns digital content into a digital asset. Any file type, be it static (such as a signed contract in PDF format or a photo in JPEG format), or dynamic (such as a data streaming service in MP3 or AVI format), can now be converted into a Smart Data file with its own, unique DNA. This new invention, a decentralized file format, combines the power of encryption with the utility and security of blockchain technology to enable ownership that is identity-based, a more secure and an egalitarian alternative to the current restrictive access-based possession and handling of digital content. For the first time, files offer a form of non-fungibility and tangible value creation, capable of being bought and sold, transferred, contracted with and used as collateral, all within a legal framework. This forms an entirely new asset class; one that can be tokenized and traded, empowering everyone with the long-awaited agency and data sovereignty they deserve.

The ZDP integrates with the ZNP, a next-generation blockchain network that takes the Proof-of-Work (PoW) consensus approach behind Bitcoin, and re-designs it for use in an inclusive and environmentally-responsible society. This long established, tried and tested consensus mechanism is coupled with an innovative protocol designed to balance mining power and reduce inequality, inspired by the fundamental laws of thermodynamics. A blockchain that functions in a truly decentralized and energy-efficient fashion, where runaway mining greed and re-centralization cannot take hold.

The way that the ZDP and ZNP combine is revolutionary. Up until now, blockchain ledgers have dealt with payments but not the goods that were paid for. This is the recipe for a one-sided economy. Zenotta introduces a dual, double-entry ledger that enables bi-directional movement of both the payment and the notarized Smart Data asset, creating a real digital economy through the invention of decentralized trade. The Zenotta token – the Zeno – is therefore the first blockchain token to represent real value. Smart Data goods and services are bought and sold with the Zeno, making the total market value of the cryptocurrency equivalent to the GDP of the new Smart Data economy.

Zenotta’s Peer-to-Peer Electronic Trade System unlocks all of the economic, social, and legal value in data and releases it to the world. Such value even goes beyond the human layer and impacts processes and systems of all kinds – processes such as logistics, data handling, compliance, and standardization of data which are immeasurably improved and enhanced by a form of data that is (i) provably unique (ii) programmable at file level (iii) compliant-by design (iv) cold-stored by state (as a decentralized file format) rather than by location and (v) executable at machine level.

Andrew Kessler, CTO and Co-Founder at Zenotta, said: “At Zenotta, we are building on the genius of blockchain’s founding fathers and going beyond Ethereum-like smart contracts, which provide a limited execution functionality, to integrate legally binding and viable digital contract deployment. Furthermore, users can store Smart Data in a hot or cold state, eradicating the risk of loss of control and share ownership experienced in traditional data storage systems.”

About Zenotta
Headquartered in Zug, Switzerland, Zenotta AG is at the forefront of blockchain and data innovation. Built and backed by a team of pioneering entrepreneurs, engineers, and scientists, Zenotta builds on the shoulders of giants in the worlds of philosophy and science in order to create an entirely new approach to the digital universe. Developing the technical foundation for the Smart Data economy alongside a dedicated body of law for digital systems governance and execution, Zenotta is redefining the way we use and value data in an interconnected world.