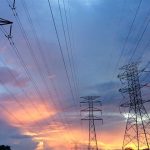 Electricity consumed by bitcoin network has been constantly and noticeably increasing. During the past years the consumption reached such big a scale, that it can be compared to electricity consumption of some countries, according to BlockchainAnalytics.pro research. … END_OF_DOCUMENT_TOKEN_TO_BE_REPLACED