Initial Coin Offerings remain an appealing option for investors despite significant risks and losses. If you were to lay out your cash, first assess the prospects and dangers that come along. 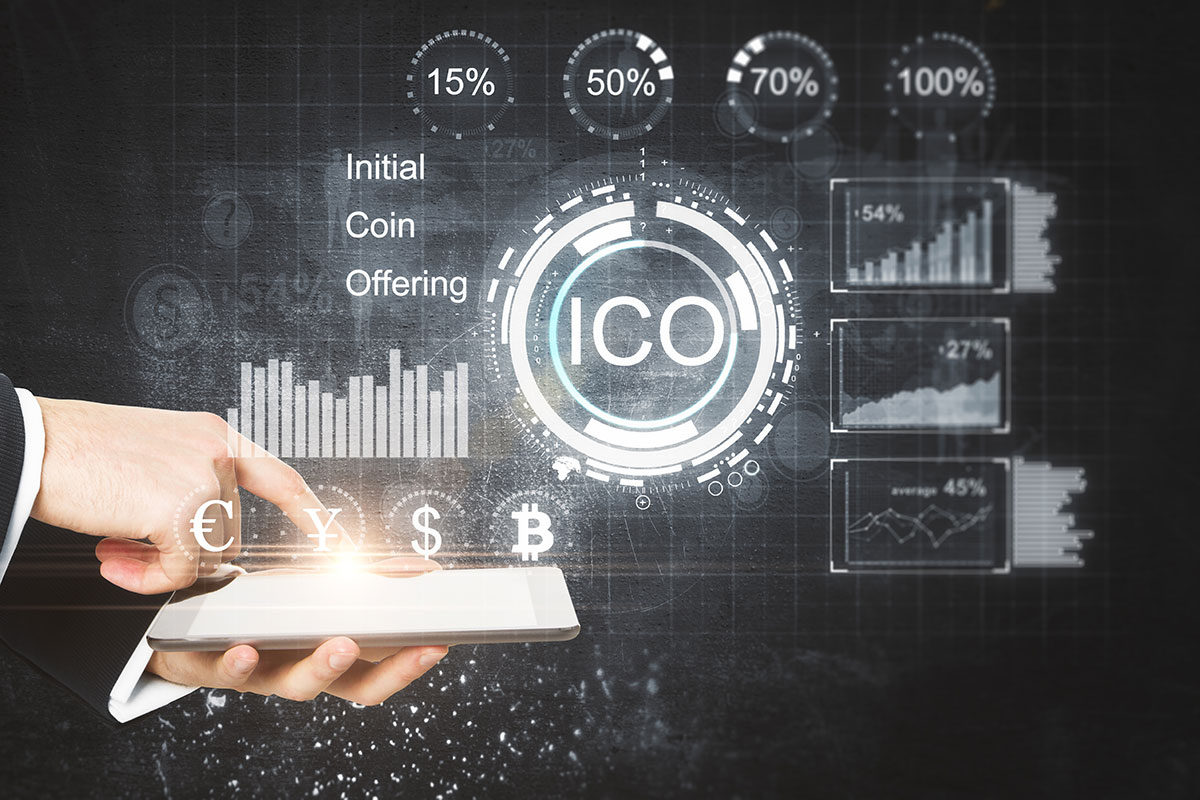 ICO is a way to make money while investing in cryptocurrency. It’s comparable to an IPO in the world of traditional shares and to crowdfunding, but with higher risks, which are partially compensated by lavish returns. But first, a company, generally a start-up, posts on its website the so-called white paper, a document revealing all aspects of the project in the hope of raising funds. Ethereum, and its eponymous cryptocurrency, currently serves as the most admired platform to launch ICOs, and obtain funding. NEO has recently picked up some steam, too. By putting in money, users get new tokens deposited in a wallet linked to the platform.

The era of ICO hype

ICOs hogged the limelight in the spring of last year. Over $3 billion raised in the first 10 months of 2017 exceeded the total 2016 volume three times.

A great number of startups hurried to jump on the bandwagon seeing the effectiveness and speed of collecting funds. And so did numerous con artists who took the money without even trying to complete the project.

Decloud became a vivid example of a fraudulent company that received 295 BTC (around $3 million in today’s value). Its website even contained a photo of team members presenting before the shareholders of a German bank, DAB Bank. The picture happened to be not more than a shameful photoshopped fake. By the time the news broke out, the founders got off the radar with all bitcoins collected.

Interestingly, the first person to blow the whistle was Decloud’s advisor. So, if you decide to invest in an ICO, you should thoroughly research the team, evaluate their doings and listen to independent experts. Always check the authenticity of information.

By various estimates, 60 to 98% of ICOs are either dead on arrival or complete scam. TokenData https://www.tokendata.io statistics shows that a third of coins lose sharply in value immediately after being listed on the exchange. And the data probably does not reflect dodgy or ineffective projects, given the quantity of tokens out there.

Therefore, even after perusing the ICO papers and gaining confidence, you still risk losing everything. It can happen for many reasons: key team members abandoning the ship, arrival of powerful competitors, the product does not resonate with the market.

How to profit from ICO

A small number of successfully executed ICOs can reap lavish rewards for their investors. ICOstats.com lists some of the ICOs and their profits. Looking at the date of ICO launch you cannot but notice that some prices are null; it means they were so minuscule there wasn’t enough space for all the zeros to fit in. But some projects have shown gains of more than 10,000 percent.

So, if you invest in 10 ICOs and at least one of them fires up, you can significantly improve your financial standing. Yet the challenge is to find that one project that makes it to the peak of a financial parthenon.

Hitting a gold mine

There are some fundamental suggestions that would shield you from becoming the victim of a scam deal.

Website design is probably one of the secondary reasons not to trust the company, but if it exerts negative emotions and looks like it’s been patched up by a tech newbie from the ‘90s, you have all the motives to suspect that organisers do not have faith in their product, to an extent they are not ready to invest in its development and growth.

Recently we have seen tokens backed up by material goods, such as gold, sand from a quarry, wood and even bananas. But blockchain and crypto experts share an opinion that coins should be based on technology and innovations and valued according to their utility in the society. Besides, statistics reveals many of the material-goods-backup projects were scam.

Get to know the team

The team section left blank or with scanty details – no photos or with nicknames instead of real names – should raise the alarm immediately. The project should unambiguously display a person’s full name, their photograph, preferably social network links, professional background and achievements.

Look at the total supply of token distribution. If the minimum amount to raise does not exist, the company is probably financially independent and can launch the project by its own means.

The lack of coin cap would tell you that everyone can acquire tokens. This could lead to diminished interest once the ICO takes place, lower value and even price drop, as a result. Though, it matters little in the long run if the project develops, the price will continue to rise.

Let’s say the company needs $40 million to start the project, while the threshold is only $1 million. It will be reasonable to ask what happens next, should it fail short of a target.

Assess the roadmap and white paper

Roadmap and white paper are two essential features. The lack of either one should be taken with a grain of salt towards the whole enterprise.

If you seriously intend to learn about the project, it is worth perusing the white paper. Be ready to spend time delving into the heart of industries you have no clue about.

How to make sense of a product

To understand the product value you have to think about its utility in the society, find out about competitors and product’s competitive edge that will make it stand out from the crowd. Do you think the execution terms outlined in the white paper are realistic? Having a working prototype or beta-version would be an advantage. In any case, try to make sense of it and see if the whole presentation appears to be a lasting undertaking.

How to evaluate the team

Browse through the team’s profiles and its members’ functions. As already mentioned, links to Twitter and LinkedIn pages are practically a must-have.

Clicking on the links, go through the profiles and pay attention to when the page was created, its content and how active it is. Scammers can certainly falsify profiles in advance, therefore exercise scepticism and don’t pin your hope on every word you read.

Notice where the team members work and their accomplishments. This can be easily verified on the Internet. If the resume lists a prominent position in a major firm, you can try sending a request to confirm the statement.

Don’t be shy asking the team questions. The blockchain technology has been built on openness and transparency, so it’s logical that people promoting the technology should adhere to the same very principles. Dodging questions or indistinct responses should raise a red flag.

What else to look for

If the white paper boasts about partners and advisors, it’s worth a shot checking them out as well. Research about the partnership from other media sources, if available. If not, send an email and ask for details. Keep in mind, that if the partnership involves a huge company, a line manager might not be aware of it, so you’d need to pick the right addressee.

Advisors, on the other hand, are generally public persons who value their reputation, and some of them a widely known. Simply ask on a social network if they’ve got anything to do with the project.

Should I invest in the ICO after all?

Given that you follow these and other recommendations, there’s still no simple ‘yes-no’ answer. But keep in mind the following.

First, there’s never a 100% guarantee that the ICO becomes profitable. There are companies trying to wrap the most feeble of projects in an overly glittering and attractive paper.

Second, only a fraction of ICOs are developed into a meaningful enterprise and succeed.

And lastly, on a pleasant note, should you bet on the right ICO, whose product becomes a hit, you can reap significant benefits that kiss financial misfortunes goodbye.