London, UK, Sept. 01, 2022 (GLOBE NEWSWIRE) -- The price increase is all due to their recently launched Arbitrage trading technology and Arbitrage Robot Token. It enables traders to buy and sell the same assets in different markets simultaneously to profit from tiny differences in the asset's listed price.

Based on the performance of their Arbitrage Robot Token over the preceding months, RBTR Token will establish the upcoming trading services on the newly developed strategy. Customers can economically trade between two cryptocurrency exchanges using the most exemplary arbitrage token generated by RBTR Token. 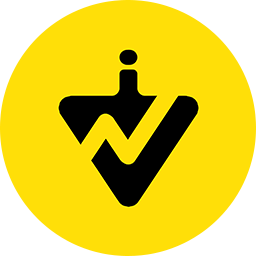 Furthermore, two reliable exchanges offered by the platforms for arbitrage robot tokens are Binance and Coinbase. In addition, the Arbitrage Robot Token has also been enlisted on Binance , Coingecko, and CoinMarketCap, where interested users can obtain details about the pricing of exclusive RBTR Tokens.

The main force behind the progress of Arbitrage Robot Tokens was the demand in the crypto exchange trading market. The volatile market proved unfavourable even for seasoned traders—the arbitrage approach needed to be changed.

An arbitrage opportunity is attained when the price of a digital currency on two different exchanges differs so widely that it is profitable to buy it from one exchange and sell it to the other using arbitrage software. Due to the limited number of arbitrage opportunities and the fact that they regularly happen in a matter of seconds, there is also very little probability that a user will be successful in an arbitrage trade without the aid of proper arbitrage tools.

The Arbitrage robot token has a total supply of 1,000,000,000 tokens. Initially, 20% of the tokens will be distributed on the market through ICO and private sales. The team's and founder's tokens will initially be locked for one year and, after that, will be unlocked in a three-year timespan (Until Q2 of 2026).

Intending arbitrage traders who want to initiate arbitrage trading in the market should visit the links below for further details.