Twitter, Inc. announced that Jack Dorsey has decided to step down as CEO and that the Board of Directors has appointed Parag Agrawal as a new CEO. Agrawal was formerly the CTO of Twitter and has worked for the company for 10 years. … END_OF_DOCUMENT_TOKEN_TO_BE_REPLACED 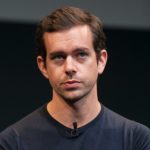