After shooting up and then dropping at a free-fall speed, Bitcoin has experienced a ride akin to a roller coaster. The investors and other people alike have been wondering how much of it is a bubble and if there is future in dozens of cryptocurrencies traded on the market.

In January, the Central Bank of Europe (ECB) warned that cryptocurrency can create a risk for financial stability, while the IMF alerted it could be used for money laundering and illegal financial activities. The latter, headed by Christine Lagarde, does see possible benefits that could only be harnessed by collective cooperation of all countries.

The virtual money is not backed up by the Central Bank, nor is it supported by a single treasury of any state. It cannot be forged and is exchanged entirely between the internet users. Some cryptocurrencies are limited in supply, others not. By the most part they are operated on blockchain, a decentralised technology considered by many the future.

So, what are the main cryptocurrencies and how are they characterised? 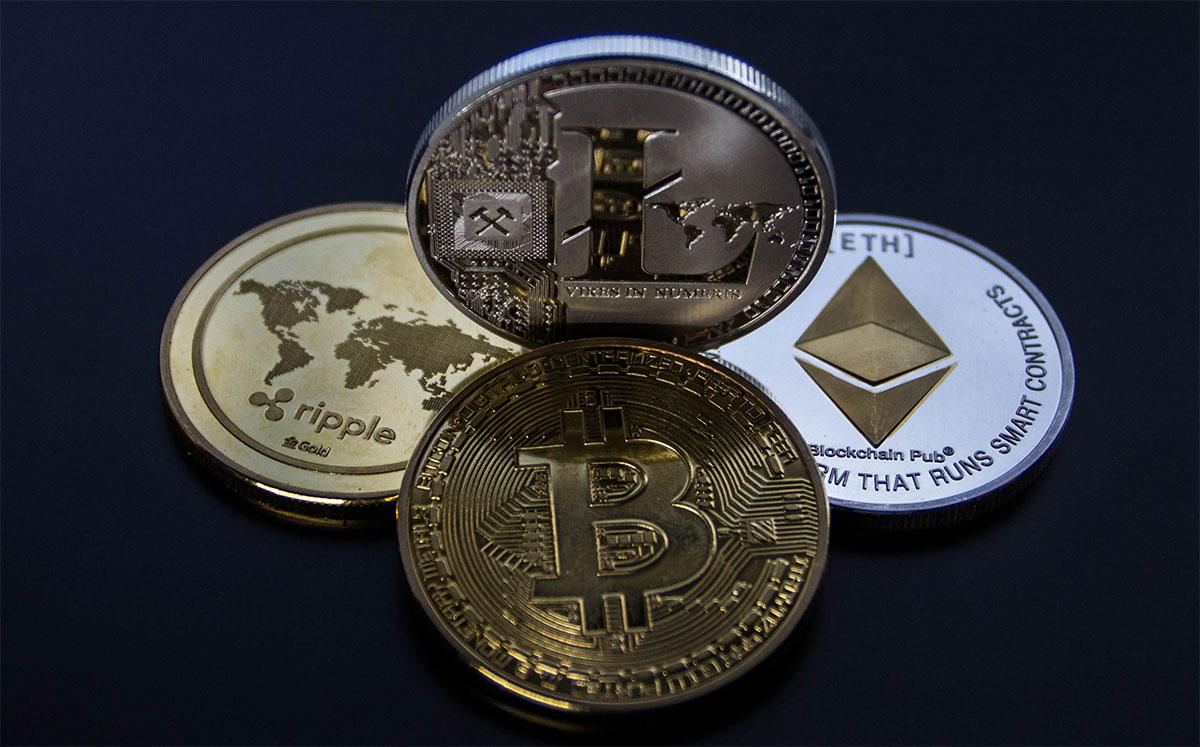 The most famed and the one that produces most of excitement. Created in 2008 by one (maybe several) programmer(s), nicknamed Satoshi Nakamoto, it is limited to 21 million coins, of which 17 millions are already in use. It employs the blockchain technology and its users remain anonymous. The cryptocurrency is supported by a network of ‘miners’ who verify transactions by creating blocks and adding them to the blockchain. It has been dubbed by some experts “gold 2.0”, because of its status as ‘safe harbor’ among investors, despite its slow transaction speed (only up to 7 per second). The block size is limited to 1 megabyte and generated every 10 minutes.

Ether (ETH)
The second in line is Ethereum, whose name derives from its platform, created in 2013 by Vitalik Buterin, a Russian-Canadian programmer. Unlike bitcoin, it has no cap on coins mined, though it shares a common feature with bitcoin by using blockchain. This virtual currency functions on the basis of ‘smart contracts’, programming codes that make agreements accessible digitally and therefore ensure compliance. Ether transactions are 2-3 times faster that those of bitcoin.

Ripple (XRP)
Launched in 2012, this is the third largest cryptocurrency by market cap. Many investors believe that Ripple (XRP) has a great potential, as the company positions XRP as ideal for transactions between banks and financial institutions. XRP has a fast transaction speed – it can handle more than 1,500 transactions per second. But little do investors know about XRP’s major issue, that is, it is sort of centralised. There are over 39 billion coins in circulation with 61 billion held by the company. Also, XRP cryptocurrency is not transacted by banks yet, instead they use Ripple’s protocol, similar to Swift and run as a messaging system that informs banks where to send money. It also offers a service to settle banks transactions. Major banks like Santander and BBVA have already joined the Ripple financial institutions network known as RippleNet.

Litecoin (LTC)
It has been Bitcoin’s younger sibling since its inception via hard fork in 2011 by Charlie Lee, a former director of engineering at Coinbase, the major cryptocurrency trading platform in the US. Litecoin is cheaper and faster (can handle 4x more transactions per second) than bitcoin. The Litecoin Network aims to process a block every 2.5 minutes, rather than Bitcoin’s 10 minutes. The total supply is 84 million coins, four times the number of bitcoins.

Bitcoin Cash (BCH)
Bitcoin Cash is a hard fork (a sort of ‘spin-off’) of Bitcoin. It took place in August 2017, so everyone who held Bitcoin went on to have the same amount of Bitcoin Cash. Some cryptocurrency users consider it a better substitution of Bitcoin, since it can handle 8x more transactions per second than Bitcoin. Although the block is still generated every 10 minutes, its size is limited to 8 megabytes.

Dash
Derives its name from Digital Cash, it was created in 2014 by an American, Evan Duffield. What makes Dash stand out, apart from being decentralised and mined, it allows for both immediate and private transactions. These two features are not managed by miners but by masternodes. Dash is 8 times faster than Bitcoin and can register 56 transactions per second.

IOTA
Dubbed as the cryptocurrency for the Internet-Of-Things. Born in 2015 and managed by a German non-profit organisation that wants to convert it into the transaction currency used by millions of devices connected to the network. Simply imagine your fridge initiating supermarket orders and paying directly with IOTA. Or a production line that runs out of stock of supplies and launches orders paid in this cryptocurrency. Rather than using blocks technology, it utilises Tangle, a directed acyclic graph (DAG) for storing transactions. The total supply of coins is fixed, standing at 2,779,530,283,277,761. According to the official website, the number is optimized for ternary computation and notation ease of use utilizing SI units ((3^33-1)/2) = 2.779 x 10^15.