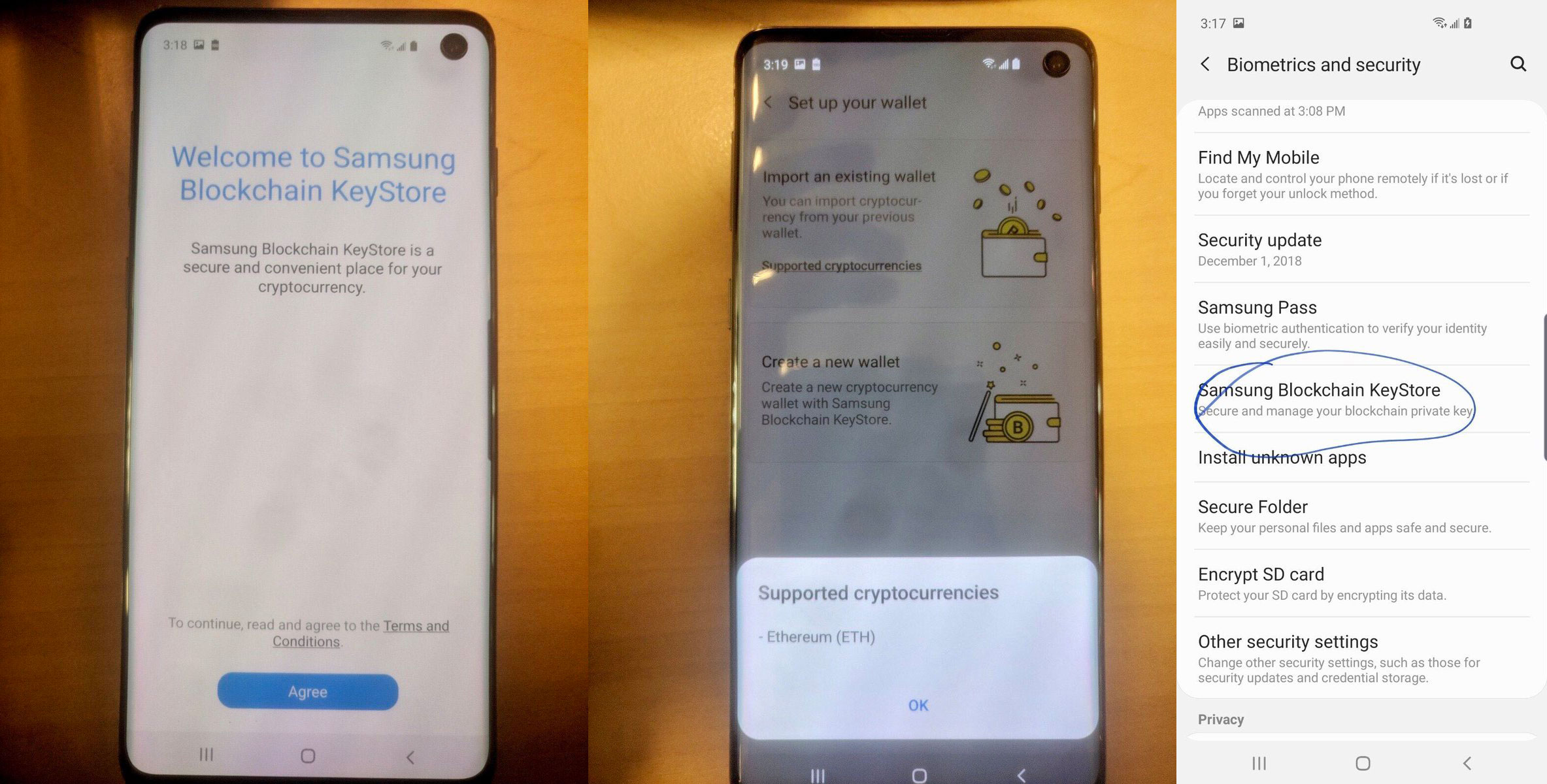 The leaked photos show only Ethereum as a supported cryptocurrency, however, rumors suggest that the app will launch with support for Bitcoin, Ethereum, Bitcoin Cash, and Ethereum-based ERC-20 tokens.

The smartphone will be unveiled on February 20 at the Samsung Unpacked event in San-Francisco. The company has not yet responded to the leak.